'Break Me Ouch' by Michael Farrell

The first chapbook I’m looking at, Break Me Ouch by Michael Farrell (3 Deep Publishing, 2006), is a book of poems arranged as though they are panels in a comic book. Through this I want to observe how illustrations might amend our reading of poems, not just accompanying the poem but, in this case, forming the integral structure of the page itself. 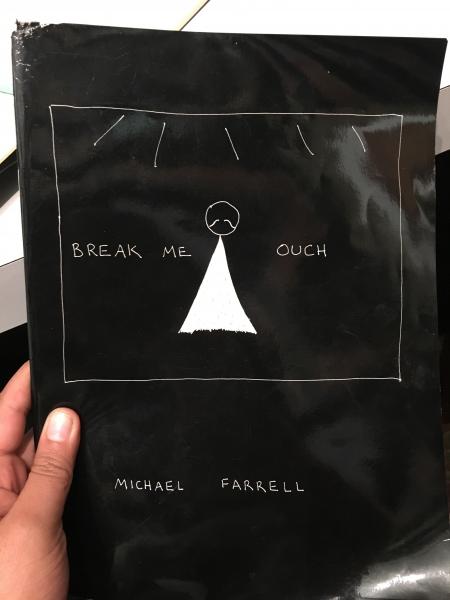 On each page is a series of panels that contain a few words of text (the line of the poem, or a small poem fragment, perhaps) and a figure composed of a circle and upside down triangle filled in. The poems are sometimes discrete statements —

[TO CREATE]
[ROMANTIC OPPORTUNITY]
[TO SLUM BY THE BARBED WIRE]

Or they mimic pop songs like in GOLD DIGGER: 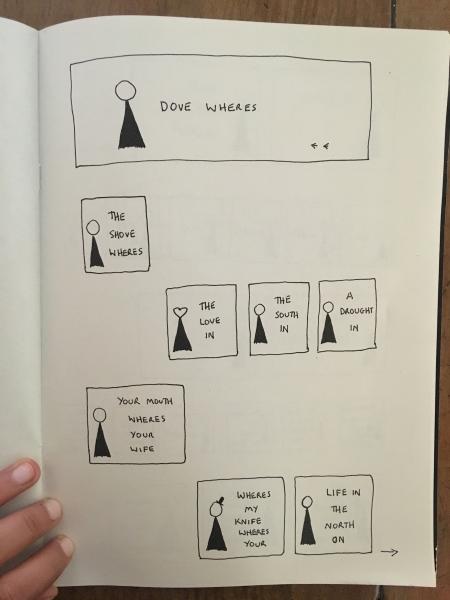 I love when the figure does something different. Sometimes it has stink lines coming out. Or its head has disappeared or is drooping. Sometimes it has a moustache, or an arrow pointing out of its face, or has the words ‘4 REAL’ etched in, or branches emerging from its head. It becomes a silent little refrain to go alongside every line of verse. Reading this made me think of how poems invite us to approach them in multiple ways. They are for gazing at, hearing, reading out loud. We listen to poems and read them for sound, for looks, for meaning, for rhythm, for the other meaning that wasn’t there the first three or four times, or for pure pleasure, or silly fun. These poems, like all poems, require us to encounter it with our whole body, but Farrell, in an explicit, hand-drawn way, brings the body — the readers’ as well as the poem’s bodies — directly into the poems. 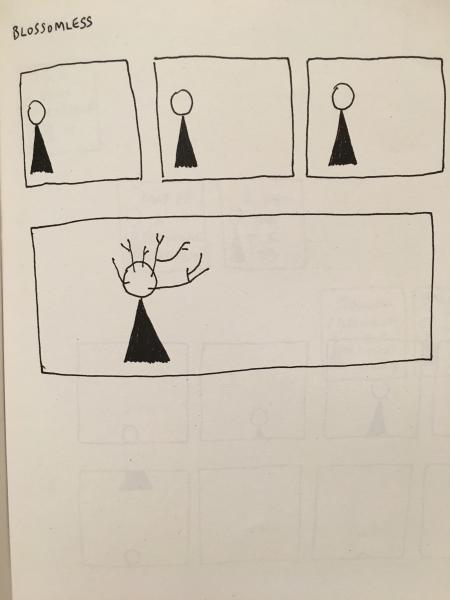 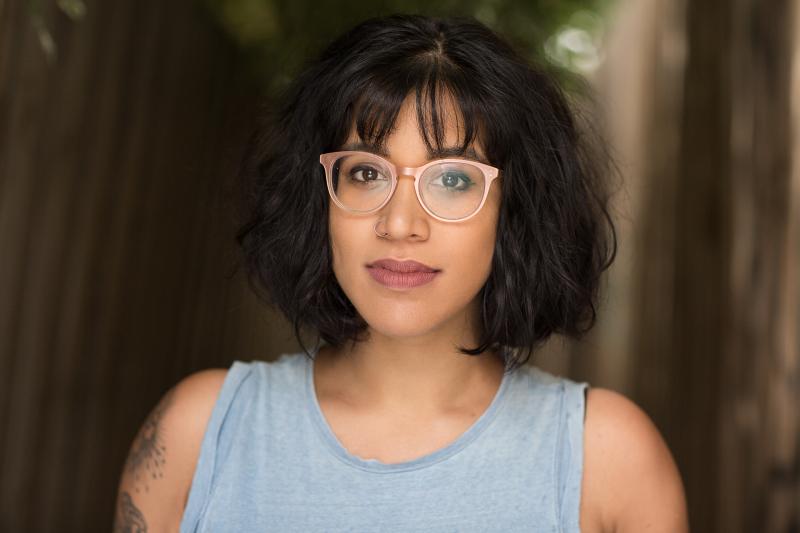