In the Encrypted Country of Syntax: An interview with Eduardo Espina by Romina Freschi

translated from Spanish by the author and friends

Eduardo Espina was born in Montevideo, Uruguay, and lives in Texas. Considered one of the most important and original poets of the Spanish language, he has published a dozen books of poetry and essays, among them, Valores Personales (1982), La caza nupcial (1993; 1997), La condición Milli Vanilli. Ensayos de dos siglos (2003), El cutis patrio (2006; 2009), and Historia Universal del Uruguay (2009). He has won the Premio Nacional de Ensayo of Uruguay twice for the books Las ruinas de lo imaginario, (1996) and Un plan de indicios (2000). In 1998 he received the Premio Municipal de Poesía, the most important poetry award in his country, for the book Deslenguaje. Doctoral theses have been written about his poetic works, and extensive academic articles have been published in prestigious academic journals. The Spanish linguist Enrique Mallen has published the book Con/figuración sintáctica: poesía del deslenguaje (Santiago de Chile: 2002), a comprehensive study of Espina’s poetry, as well as Poesía del lenguaje: de T.S. Eliot a Eduardo Espina (Mexico City: 2008). Espina’s poetry is studied in universities in the Latin America, Europe, and United States, and his poems have been translated partially to English, French, Italian, Dutch, Portuguese, German, Albanian, Chinese, and Croatian. He is included in more than 40 anthologies of international poetry. In 1980 he was the first Uruguayan writer invited to participate in the prestigious International Writing Program at the University of Iowa, and since then he resides in the USA. In 2010 he obtained the John Simon Guggenheim Memorial Fellowship. In 2015, Arte Publico Press published his book The Milli Vanilli Condition: Essays on Culture in the New Millennium 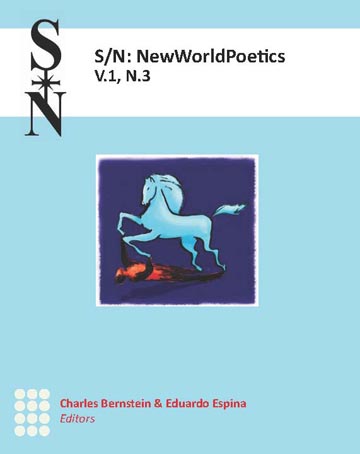