WAY IN 1 WHY ALWAYS THIS WAY?                                                                                                           It’s that week at the college where I work. Lawn blowers commenced on Monday. Weed wackers, riding mowers. Symmetrical rows of white chairs began to appear yesterday, radiating outwards from a mound of flowers planted in the shape of a giant M. This happens every year. I’ve got something like 6 cases of wine in the trunk of my car for tomorrow’s year-end celebration. I do not know if I am coming or going. Last Saturday I met with the spring poetry workshop to discuss their final projects, chapbooks. We ate cookies. Laceys. Today I had that weepy moment when you meet a person’s family for the first time, having come to know the person for what seems like a second, two years, and now she graduates and moves away. At next week's department retreat, meetings will be held, don’t laugh the email said, in a yurt. In the office across the hall my workmate Jess, also, alternates. I always say I am a hybrid vehicle. Dumb jokes. Spreadsheets, RSVPs, grant applications, menus, the unused balance on a Costco card is apprehended with great joy and undue affect. Towards a budget near its limit. When after all the tuition is—hysterical laughter. Emails regarding program order. Meanwhile she’s working on a guerilla powerpoint. I’m writing this. We unload wine from the trunk, trundle it up by elevator, Jess cleans out the refrigerator so that it may be chilled. That sentence makes it sound like the refrigerator needs to be chilled inside the refrigerator. In the trashcan, a tableau of rotten grapes and half and half gone bad. Via facebook I'm reminded that I could have watched a Kenneth Goldsmith poetry workshop at the whitehouse on live streaming video. I don’t know. It’s the next day now. Cranky exchanges. The flutes get delivered way earlier than expected.  I can’t stop thinking about how it was Common who Fox News & Palin found so objectionable.

WAY IN 2 ABRUPTMENT
I just re-read Kenneth Goldsmith’s critical evaluation of Silliman’s Blog, Death of A Kingmaker, and it is so depressing. The cautionary tale. The easy love, the bounce. The tangled muck of community service, career, power, time, labor, marketing, the figure of the artist versus the figure of the blogger, the one identity eating the other, fish eat fish. The “excellent criticism” poets might write all the time versus the “not particularly reasoned or informed” criticism. The emblematic list of books received.

ALL ROADS LEAD HOMAGEATHON
They make me feel a little crazy. The top ten, the best of, the bestseller, the map, the syllabus, the recommended reading, the overwhelmed feeling while browsing reader-compiled issues at AAAAARG. (Activism & Activist Subjectivity-131 texts, Feminism-446 texts, Grrr: South Asian Scholarship-44 texts, Manifestos-58 texts, Poetics-115 texts, the UC Strikes and Beyond-34 texts.) Can be of great use, like an anthology, symptomatic, or both. If written down for public often anxious and revised. The dread of being forgotten. The dread of leaving someone or something out. The pressure-feeling that one must be or do something particular with each, each after all so much more than an item on a list, more than a record of itself having been written, produced, put in an envelope, passed from hand to hand, purchased with money, accidentally lifted. The list cannot be comprehensive. Always misses. Falls apart if too long.

What does it mean to receive? To be received? Represented in parts. To take the list too seriously. To be somewhat precious, or self-important about it. The list says nothing. The list says everything. Indicates. Is suggestive of. A latency. A synonym for delay. A placeholder. Anyways the only poems I seem able to write anymore always wind up being list poems. The time I left my to-do list at Erin Morrill’s house, and she skimmed it in order to figure out whose notebook, and thus saw my lists of books to buy, titles carried forward from list to list. She returned the notebook along with her copy of Coeur de Lion. It was on my list for forever. The runs of nouns that so often show up in flarfishness work. Harper’s Index. The Totality for Kids index. Indexes and lists in new work by Cynthia Sailers & Dana Ward. The relationship of list to sentence. Attention Span. David Buuck’s monthly lists of reading.

The record, the diary, the photograph.

WORK RECEIVED FOR FREE FROM OTHER POETS WHILE AT POETRY-RELATED EVENTS IN THE BAY AREA THE LAST FEW MONTHS:
West Wind Review 2011, ed. Sarah Cunningham, faculty editor K. Silem Mohammad
Abraham Lincoln No. 6, ed. K. Silem Mohammad (if this were a post with content I would really really want to say something about Lindsey Boldt's poem "Duh," the one that says "But this is a poem about my community / and the tusks I use to defend / what gate? / if you ask me where the gate is / i will deny the existence of the gate / but you will know it by its position / behind my back / it'll be easy to spot / because it will be closed / and when doors are closed to you / you can see them more easily")
Eunoia, MIchael Nicoloff & Alli Warren, Abraham Lincoln Press
Try!, April 21, 2011 issue, ed. David Brazil & Sara Larsen
Cityscape Scattershot, Del Ray Cross, taxt
“At the Small Bar in the Embassy,” Rodney Koeneke broadside coaster, Cuneiform Press
Every Cook Can Govern, a Study of Democracy in Ancient Greece, Its Meaning for Today, C.L.R. James, Decentralized Publication No. 1
Bread of the Earth / The Last Colors, Brenda Cardenas, Roberto Harrison, Decentralized Publication no. 2
"Dispatches & Correspondence, Wisconsin/Berkeley, Feb-Mar 2011", Decentralized Publication no. 3
Perfect Circle, Roberto Harrison, Wisconsin March 2011, Decentralized Publication no. 4

CHAPBOOK TITLES, ENG 056, POETRY WORKSHOP I, SPRING 2011
Ambition
BROKEN
By the Way
Figures & Turns
The Frog Prince
Godspeed in the Infinite Abyss
heart of the valley
Heartbeats
The 12 Step Program
Thinking in Images.
What is love worth?
What Lies Underneath
When There Were Eight Katies on the Soccer Field I was Jack
Who & Where Am I?
Yellow Girl

THE ONLY SONGS I REMEMBER FROM THE HIP HOP 101 MIX CD MY FRIEND MADE IN 1999, IT MEANT A LOT, I OFTEN TALK ABOUT IT FONDLY, I SEEM TO RECALL THERE WERE MORE SONGS FROM THE SOUTH
Common, The Light
Missy Elliot, Hit ‘em wit’ da Hee
Missy Elliot, All in My Grill
DMX f/ Mary J. Blige, Coming From
Tupac Shakur, California Love
LL Cool J, Pink Cookies in a Plastic Bag
Missy Elliot, Friendly Skies
Dr. Dre f/ Eminem - Forget About Dre
Notorious B.I.G., Juicy 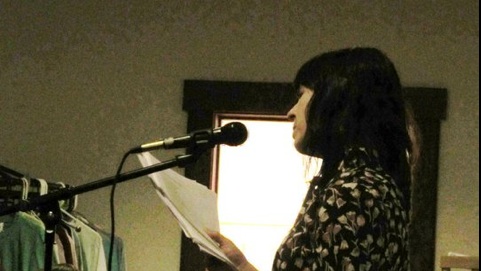