Huda Fakhreddine
The Lebanese Bassam Hajjar (1955–2009) is a poet and a translator of silence. His poetry reminds us of George Steiner’s famous statement, “when the poet’s word ceases, a great light begins.” Perhaps because he was a dedicated translator, he hesitated and listened well for the charged silence in what he wrote and what he translated. His premature death after a struggle with cancer amplifies that silence in our experience of reading what he has left behind.
Hajjar had a degree in philosophy from the Sorbonne and was a prolific translator of literature (of novels not poetry!), criticism, and philsophy from French. He also worked as cultural editor for several major Lebanese newspapers. Nevetheless, he was a poet of few words. He was suspicious of plenty and found eloquence in language at its bare minimum. He was also a poet of things, silent inanimate things that had much to say: flower pots, chairs, bed sheets, fish bowls, drawers, doors, closets … 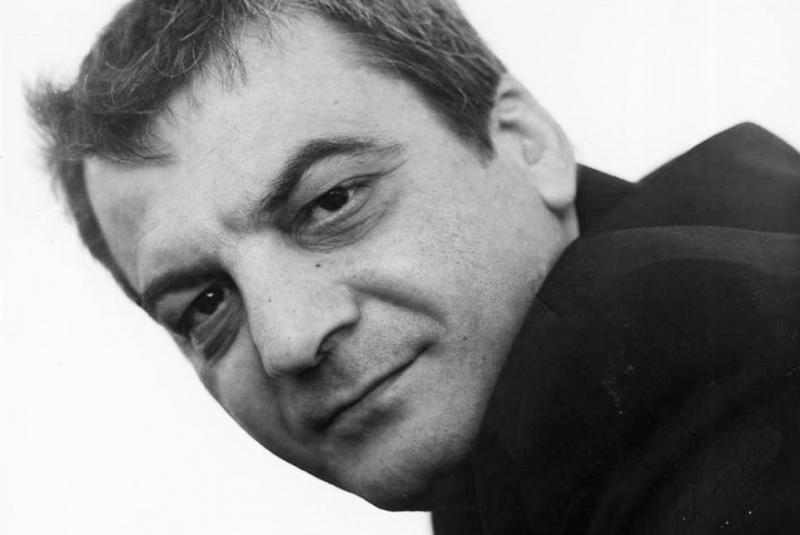 In a cycle of poems titled “Pain” from his 1993 collection The Vocations of Cruelty, Hajjar shows us poetry as an act of initmate reading. The trigger is an epigraph from Anna Akhmatova’s Requiem:
No, it is not I, it is somebody else that is suffering.
Such pain is beyond my ability to endure.
Hajjar grapples with Akhmatova’s pain. He writes a cycle of poems in an attempt to capture the unsaid that makes Akhmatova’s lines so powerful. He takes the idea of a pain so intense that it feels like another’s and runs with it. He composes nine subsequent poems all titled “Pain” within three days of each other as the dates reveal. Here are four of them:
Pain
a needle pulling thread
through openings,
fingers signaling,
and a hand imitating its shadow
on the wall.
Not grace
but pain.
Pain
We live
in the absence that
was your place.
Sons are cruel
and breathing too
as an exercise in cruelty.
We live
in the absence that
was your place.
A stone
or a light
or a lily
alone
white, white
white,
and heartless.
Pain
A bed,
a feather pillow,
an embroidered quilt,
and the merciless white of
empty, smoothed-out sheets,
a bed
clean, tidy, and abandoned
next to the bed.
Pain
What is only said
in whispers.
Not pain
but its place after it has ceased,
continues to hurt.
It hurts
in as much as it fades.
This cycle of poems exhibits the poet’s fascination with an idea. He turns it upside down, from side to side, examining it from all angles. He keeps discovering it, and it keeps escaping his grasp. Whole-heartedly attempting to say something and failing, standing at the crosswords of light and darkness, tracing a sentence that remains unfinished, listening for the secret a story hides, perhaps that is poetry in Hajjar’s world. He says:
I don’t think it worthwhile
but I erase the day with writing
and I remain silent
for a long time.
(from If Only Your Hand…, 1990)
March 14, 2019
< previous post next post >