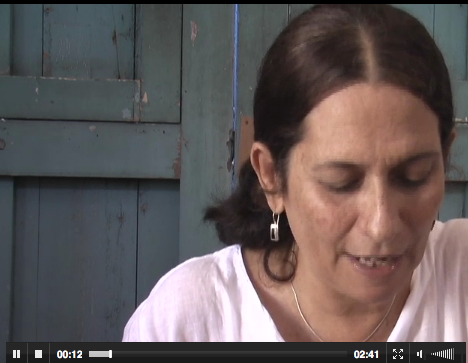 Molly Weigel: Introduction to The Shock of the Lenders & Other Poems by Jorge Santiago Perednik

Jorge Santiago Perednik's long poem The Shock of the Lenders has been published in sections in English over a period of years, starting with "The Main Fragment," which first appeared in Sulfur in 1992, and was subsequently reprinted in The XUL Reader (Roof Books, 1997) and The Oxford Book of Latin American Poetry (2009).  The other sections, or fragments, of the poem, meanwhile, appeared only recently, in S/N:  New World Poetics in 2010.  In the present volume the poem in English appears for the first time in its entirety.  This new wholeness, presented with a generous sampling of other Perednik poems from different periods, provides a new context for the work in English, and an opportunity to explore some other contexts that can help to deepen a reading of these translations and to resist an easy consumption of them as "experimental" poetry independent of language or culture.

The Shock of the Lenders & Other Poems by Jorge Santiago Perednik

Jorge Santiago Perednik, editor of the essential Xul magazine, from Buenos Aires, is a poet of transformations and intimacies, gestures and jests, epochal lyrics and lyric epics, lurid lines and luring stanzas. The sheer intelligence of his social critique brushes constantly against the shine of his poems' sounds and cuts. Molly Weigal offers a perfect introduction to this great poet of the Americas.

Jorge Santiago Perednik, who was born in Buenos Aires in 1952, was the author of poetry, essays, and translations. He died this morning in Buenos Aires.

Perednik was  a poet of transformations and intimacies, gestures and jests, epochal lyrics and lyric epics, lurid lines and luring stanzas. The sheer intelligence of his social critique brushes constantly against the shine of his poems' sounds and cuts.

His poetry collections include El Shock de los Lender (1986), El fin del no (1991), and El Gran Derrapador (2002), among others. His poems have appeared in English in The XUL Reader (1992) The Oxford Book of Latin American Poetry (2009); and The Shock of the Lenders and Other Poems is forthcoming from Action Books. He has translated poets including Charles Olson and Jerome Rothenberg into Spanish. Perednik is Director of the Program of Advanced Studies in Poetry at the University of Buenos Aires. He founded XUL Magazine in 1980.

XUL  and the The XUL Reader are on line here.

A one hour interview and reading, produced by Ernesto Livon-Grosman, is available here at PennSound.

Jerome Rothenberg gave a reading on Thursday, September 29, 2022, at the Kelly Writers House. The full video recording is available below, along with seven photos taken during and after the event. He read, in part, his short new book, In the Shadow of the Mad King (available from Granary Books).