Spelling the amulet, the shape, the poem

Magic, bottom line, involves intention and effect. Maybe in that order. “The intentional use of language or of gesture for a desired effect” is a pretty basic definition of communication, too, but maybe I mean that communication is magic. As the contentious Crowley quote gives us in this commentary’s introductory text, magic is aligned with the practice (science or art) of causing an effect aligned with intention. Communication is a default action of humans, if we believe Chomsky, so we might as well imagine, for now, that magic is a practice of intention to create effect; in this case, the practice of language. Crafting poetry is a language practice, and the poem is one location where we may see language magic performed.

By performance, I mean the action of language or of ritual. Language is abstract, necessarily, and really becomes effective when used in speech or in writing. Externalized, language as speech or writing becomes an act. Writing must happen or there is no text. Fixed text has been acted, and the acting of that text, in a ritual setting (a magic circle, in a game, in an essay), is a performance. Magic makes language perform, and the performance can create effect.

CA Conrad performs language and is one of the magical ritual practitioners of poetry that I look to. Other than being a favorite writer of mine and an inspiring, fascinating writer and person, Conrad is a great example of a poet whose work invests in the ritual performance of writing — more so, one might say, than investing in the poem as a product itself, if one wants to divide the product from the process.

“Poems became shapes” when CA Conrad began writing using (Soma)tic poetry rituals (Conrad 2021, 113). Conrad’s shaped poems, like endlessly craftable amulets, took on shapes after the author completed rituals that began in the body. Conrad could keep returning to somatics and, theoretically, make a new amulet each time the same ritual is enacted. There are dozens, hundreds, of existing (Soma)tic rituals.

Wrap this poem/amulet around your arm, maybe imitating Conrad’s own SATOR square tattoo, which you should ask them about, and feel safe.

(Depending on your definition of safety, which is itself an illusion spell.)

Or feel enraged or whatever the poem meaning you-reading-the-poem wants you to feel.

“all I have ever wanted was to / forge the English language into / a spear and drive it into my heart” — to forge a weapon of language material is to take physical (determined-already) text as a physical weapon, while the pre-figural, unfixed meaning of the language used in the text is the essence behind the text the weapon, by which I mean the spell is the text and the meaning is the power of the weapon (Conrad 2021, 1). The shaped poem = the weapon.

Conrad’s poem-shapes, which I call amulets (a shaped spell given physical form [I argue for the visual poem to be classified as physical/shaped], carryable for protection), remind me of one of the first physicalized spell-texts I learned about while gearing up for my dissertation. Dr. Natalie Polzer, one of my dissertation committee members, wrote about Jewish ritual for her graduate studies. “Magic” is a tricky word here, as practicing magic is distinct from studying ritual, even magical ritual, in Judaism. Jewish magic bowls (and earlier “domestic phylacteries” as J.A. Montgomery describes them) may have been ritually broken into pieces and buried or hidden at the corners of one’s house as a form of protection — a prayer with an act to accompany it. Importantly, the spell (the poem) works because it was broken into pieces. The ritual didn’t destroy the poem because it was fragmented; each piece of the poem/spell is contagiously connected to the poem’s intention (its meaning), and so the pieces add up to a spell-blanket that protects the house. Imagine the blanket or a forcefield around the house, and when something threatens a piece of the house, the whole spell is activated. 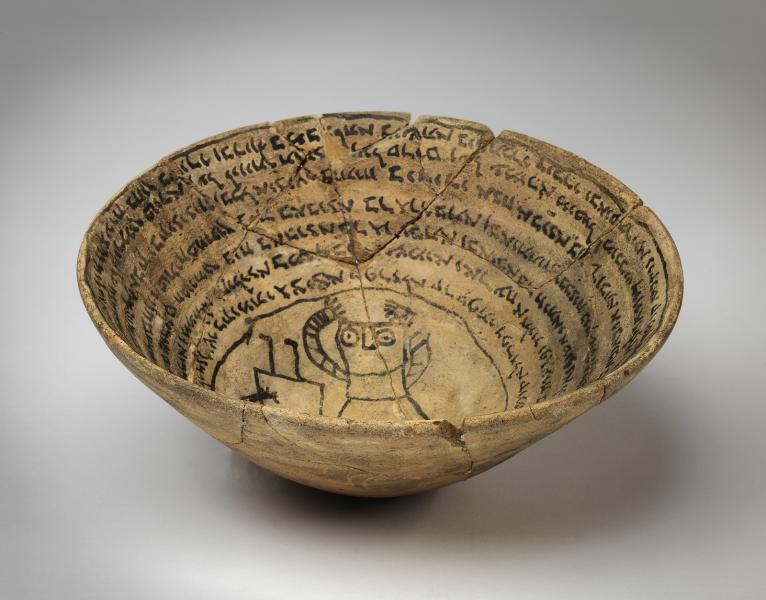 Conrad’s (Soma)tic poems, to me, work similarly, especially Conrad’s COVID-19 “shards” series that they wrote and posted on Instagram. These shards are born from one series, one big blanket, and each was posted in a ritual act during quarantine to mark the pandemic, to, sort of, mark the passing of time. Placing these shards in Instagram posts, ritually and individually, makes the poems themselves into little bits of a magic bowl, little amulets, little pieces of a larger protection spell woven for those Conrad loves and for their readers’ loves.

Don’t threaten any part of that house.

I’ve never been able to theorize the components to magical poetics right. I attempted a typology with Dr. Polzer, and though interesting writing and ideas came from that project, I don’t feel satisfied with my categorizations. I wanted to see if magical poems or poets could be broken into classes that used objects or that didn’t, relied on internal/authorial authority or someone else’s authority, but to divide the work into classes like these felt both reductively futile and wrong. The ongoing thought that pervades my work now, after the defense and long after the typology, is just how much can classification help or hurt magical poetics by making these acts more legible, more intelligible, to the systems they seek to thwart?

Happy autumnal equinox! An auspicious beginning for this commentary series on magical poetics. 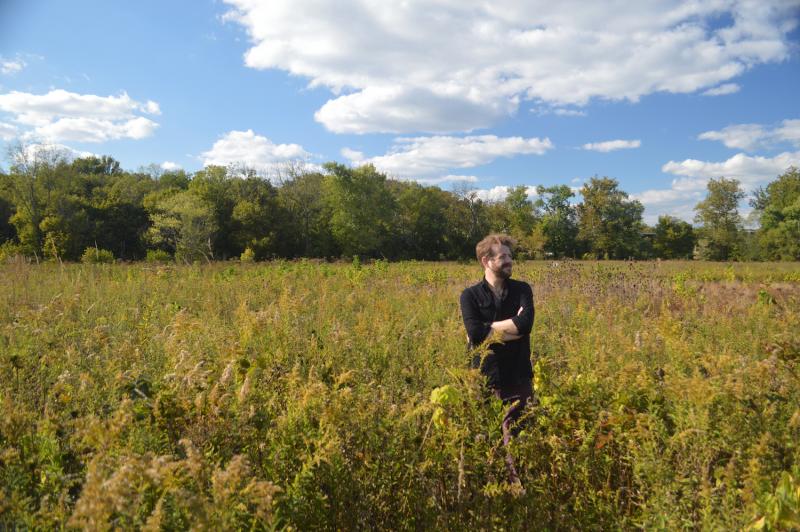