e following is an excerpt, with additions and edits for clarity, from the essay Our Rimbaud Mask forthcoming from Ugly Duckling Presse this fall.

Between 1978 and 1980, David Wojnarowicz created the Arthur Rimbaud in New York series, several hundred black-and-white photographs of someone wearing a mask of Rimbaud’s face. The photographs say, “he would have visited Coney Island”; “he would have seen porn in Times Square”; “he would have eaten a hamburger and fries.” Spotting the nineteenth-century French poet in the Big Apple is more than delightful. We, whoever feel addressed by him, are like him, and he is a source for our identification, a root for our identity. He is also isolated and alone. When he stands on the subway platform, everyone faces away from him. When he goes to Coney Island, the often overcrowded and public place is empty. In one photograph, the figure lies beneath someone, but our Rimbaud might as well be alone.

Feeling without a self — not being a person, not having a self, and being too far outside personhood — can transform into a suicidal fantasy in which destroying oneself is a way to fulfill the feeling of not having a self. Suicide is an overt possibility in Wojnarowicz’s Rimbaud series. In one photograph, Rimbaud appears to have overdosed. In another, he points a gun at his head. And in another, he lies on the ground as if he has just shot himself, the gun still in his hand.

The mask challenges us to witness someone who can be neither identified nor identified with. Even though Wojnarowicz’s friends and lovers don the mask in the photos, Wojnarowicz confronts us with what it feels like to be neither friend nor lover, to be less than human and more of what Barbara Johnson would refer to as the still image of a thing. In Persons and Things, Johnson finds that the category “person” depends on a desire to be better than life itself. Referring to Lacan, she writes, “What happens in the mirror stage is the self’s identification with a still image, which then becomes the version of superiority that the living self will try to equal.”[1] Johnson bases her deconstruction of the category person in an analysis of the mirror stage. Remarkably, her examples emerge from the suicidal fantasies of Narcissus, Sylvia Plath, and Heinreich von Kleist. But the mirror stage is not a suicidal fantasy.

Wojnarowicz’s Rimbaud series marks a difference between developmental scenes of identity formation — what might it mean to be the author of myself? — and the need for witness to the self’s erasure. The repeated presence of the Rimbaud mask — the face of a poet that never changes — yields a feeling that never changes. This erasure — repetition without a difference — reflects the lack of recognition of a person. Is this the impossibility of authoring personhood? “You can be an author but not a person,” the photographs seem to say. And the mask shows us how important it is to recognize persons who have been made to feel far less than that. 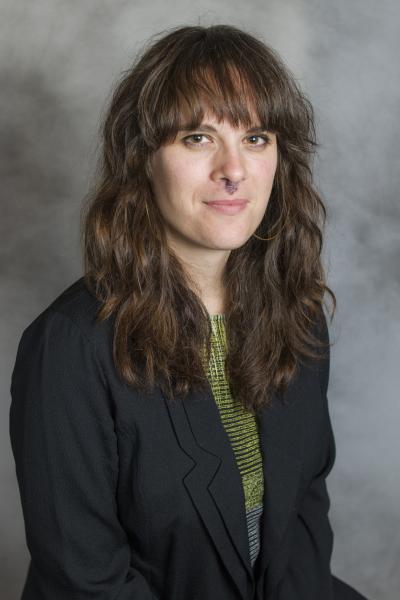