“The Extremophile” is a poem that introduces us to deinococcus radiodurans, the “hero,” if you will, of The Xenotext, Bök’s ambitious and long-awaited follow-up to Eunoia. Radiodurans is the eponymous “extremophile” of the poem’s title—a bacterium so classified because of its resistance to, well, almost everything. Here’s a slice of Bök’s portrait of the bug:

It eats arsenic. It eats uranium. It resides inside the core of
Reactor No. 4 at Chernobyl. It thrives in the topsoil of battle-
fields contaminated with toxic doses of lead. It thrives in
hydrochloric acid. It can withstand temperatures of 373 ° k,
hot enough to boil the water in its own cells.

The Xenotext revolves around Bök’s attempt to write a poem in which each letter of each word is also a set of genetic instructions. Transcoded and inserted into the DNA of radiodurans, the bacterium would then, hypothetically, “read” the poem and “express” it, genetically, as it reproduces at the cellular level. As Bök presents the project, he will thus write a poem that will outlive civilization itself, achieving what so many poets have sought throughout history: immortality, won through their art (think: Spenser’s argument with his lover in Amoretti LXXV).

Conceptualism, or ecopoetics? I think, what’s revealed here, is that “ecopoetics” is a conceptual phenomenon—that one is working at the conceptual level when speaking of the neighbouring zones of ecology and poetry. But what is even more striking is what the “ecological” valence of Bök’s conceptual project reveals about conceptualism.

Aside from its all-too frequent de-politicization of the avant-garde (something to discuss, perhaps, in a future commentary—for now, I’d just note that I’m addressing here more what conceptualists say about conceptualism than the work itself), one argument I have had with the phenomenon is that, while it decries “expression” and “self-presentation,” its practitioners tend to spend a good deal of time celebrating their individual efforts and achievements. That is to say, everywhere around the conceptual work’s supposed vacuum of expression is a great deal of critical and self-reflexive expressiveness, often heralding either the intensive labours of the poet in fashioning the work or, conversely, the outrage the poet’s work (and much-advertised lack of “creativity”) provokes. 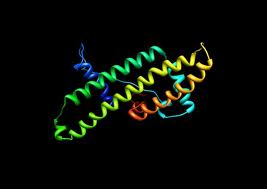 So—on first looking into Bök’s Xenotext, I find myself balking at an apparent contradiction: the author at once wants to vacate authorship as such (DNA wrote this, not me—the poem belongs to the bug, which is simply a machine for producing poetry) and achieve that oldest of authorial desires: immortality through poetry.

However, on second glance, something much more interesting is revealed. The poetic quest for immortality is, perhaps, no different that the impetus behind all biological life—how to extend the species in time, how to endure in a universe governed, quite strictly, by the second law of thermodynamics? Bök is thus revealed as at once playing with one of our oldest literary cliché (the immortality of art) and the very essence of biology (the fragility of life forms and the quest, via genetic reproducibility, to do an end-run around entropy).

Conceptualism, I’d argue, is primarily about the concept of the author (and all her Foucauldian functions). “Creativity,” in Bök’s conceptual (OK, I will say it) ecopoetics is revealed to be just a fancy way of describing what all life forms do: “express” themselves in the search for durability in an unfriendly universe. If a “thinkership” is what conceptualism wants, there’s a great puzzle to be pondered here: how different is human (cultural) expression from biological (gene) expression? What exactly is “culture,” and its “authors,” when culture evolved, as an adaptation, some millennia ago in our species biological trajectory?

There’s a politics to this too, as social formations and systems of “government” are attempts to achieve endurance through expressivity too. The political, the literary—all these may be extensions and complications of the logic of our genetics. But that’s a topic for another discussion.

In this year of “Occupy” and redefined “occupations,” with everything fluid, shifting. I want to approach the broad questions of poetry and politics once again, with fresh eyes. “Political poetry” means one thing, up to a point at which we might have to take direct political action; then its meaning changes somewhat. Which is to say that we perhaps overburden poetry if we make it the only and complete ground of our political “activism.” Which isn’t to say that poetry “doesn’t make anything happen”—it’s that a good deal more is happening, and needs to happen, than can be contained within the boundaries of a poem.

In this regard I have found Gerald Raunig’s approach in Art and Revolution instructive. Raunig describes these two spheres as “neighboring zones” which experience “temporary overlaps”—“not to incorporate one another, but rather to enter into a concrete exchange relationship for a limited time”—“transitions, overlaps, and concatenations of art and revolution become possible for a limited time, but without synthesis and identification.”

Is it possible to read contemporary poetry this way? To describe overlaps and concatenations—but sometimes to have to wander back out of the contact zone, and into further flung neighbourhoods? I will focus, primarily, on Canadian poetry, but will occasionally wander into British and American “zones,” as well as some historical literary spaces.

Vancouver poet Stephen Collis is the author of six books of poetry and criticism, including the Dorothy Livesay Award–winning On the Material (Talon Books 2010). Three forthcoming books—all, in some ways, parts of the on-going “Barricades Project”—are in three different genres: A History of Change: Dispatches from the Occupation (2012—nonfiction), To the Barricades (2013—poetry) and The Red Album (2013—fiction).

Poetry vs oil: Round one
The 'triage' of 'Triage'
On Cecily Nicholson
Christian Bök and the quest for immortality
Fred Wah and parliamentary poetry
From fugue to fugitive
David Herd's 'All Just'
Phyllis Webb at 85
CWILA to the avant-garde
George Woodcock and aesthetic tactics
Oana Avasilichioaei's 'Beasts'
Maged Zaher: Poetry and revolution
Poet's prose
Robertson and Farr
Poetry and/as revolution