Below is a list of the live webcast sessions for ModPo fall '13. At the time of the webcast, participants can click here and join the discussion. The origination is the Arts Cafe of the Kelly Writers House at 3805 Locust Walk, Philadephia USA; those who can join in person are welcome to do so. ModPo is a free, non-credit course and is open to all; enroll here. We begin on 9/7/13.

On February 12, 2013, I interviewed John Ashbery in his Chelsea (New York, NY) apartment, and moderated a discussion with people gathered at the Kelly Writers House, while many hundreds more watched via live webcast. Thanks to Anna Zalokostas, PennSound’s Ashbery page now offers the audio-only version (in downloadable MP3 format, as always) of the discussion, and, also, links to audio excerpts segmented by topic. Here are those segments: 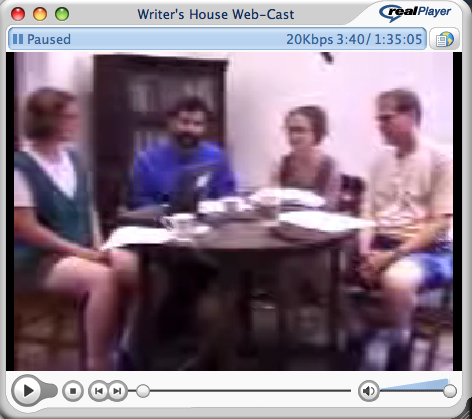