C: A journal of poetry

C: A Journal of Poetry  first appeared in May of 1963, edited by Ted Berrigan and published by Lorenz Gude. It became an influential showcase for the work of New York School poets and artists — like Berrigan himself, along with Ron Padgett, Joe Brainard, Kenneth Koch, James Schuyler, John Ashbery, Dick Gallup, David Shapiro, and others — it was a predominantly male list, though Barbara Guest and a few others (including Alice B. Toklas!) made appearances. The Fales Library has only a partial collection of the journal; all of the images included below are from that archive. To match the scattershot nature of the image collection, this commentary will be a collage of quotes from friends and fellow poets of Berrigan's in Nice to See You: Homage to Ted Berrigan, edited and introduced by Anne Waldman for Coffee House Press in 1991.

Angel Hair was born in the “backseat of a car [as we were] driving from Bennington to New York,” Warsh says in his introductory essay to the Angel Hair feature in Jacket. Waldman and Warsh were driving with Georges Guy, a French professor at Bennington, and once they'd made the decision to publish Angel Hair, Guy offered them his and Kenneth Koch's translation of Pierre Reverdy's poem, “Fires Smouldering Under Winter.” The Reverdy poem begins the first issue, and the line, “Could it be enough to speak a word in this abyss,” perfectly captures the gesture of launching a literary magazine.

It feels both hugely restorative and humbling, in our age of digital media, to visit an archive and hold a fifty year-old literary magazine, carefully made and preserved, yet still fleetingly physical, in your hand. Anne Waldman, co-editor (with Lewish Warsh) of the small magazine Angel Hair, describes the significance of that experience in this quote from her introductory essay to the 2002 Angel Hair feature in Jacket: “...so-called ephemera, lovingly and painstakingly produced, have tremendous power. They signify meticulous human attention and intelligence, like the outline of a hand in a Cro-Magnon cave.” This “tremendous power” can be applied specifically to Angel Hair, which published the work of Ted Berrigan, Denise Levertov, Joe Brainard, Michael Brownstein, and Warsh and Waldman themselves, among others, early in their lives as poets.

The 35th episode of PennSound podcasts presents an anthology of introductions to readings given by John Ashbery: Kenneth Koch in 1963, Susan Schultz in 1996, David Lehman in 2008, and Richard Howard in 1967. 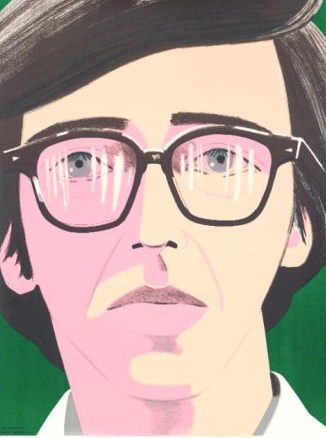 A completely gorgeous performance of his poem "The Circus," by Kenneth Koch. He'd already written a poem called "The Circus" years earlier, and now this is a poem about thinking about having written that poem - a memory of writing that poem, its circumstances, and then some digressing thoughts about circumstances. New York School epitomized.

Many thanks to Curtis Fox, who featured this poem--and this terrific recording--in a recent episode of the podcast, "Poetry off the Shelf."