a book launch event in which the book was re-published 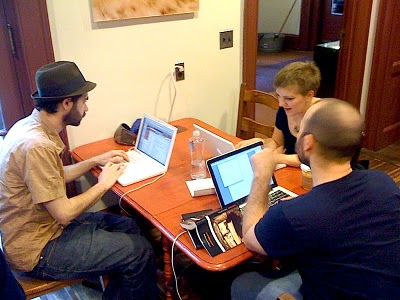 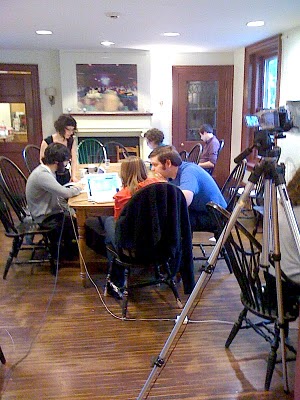 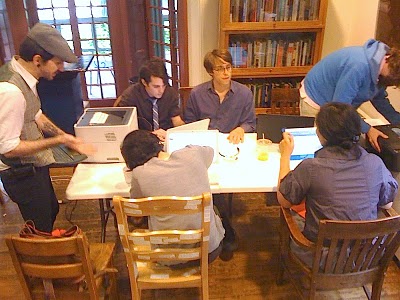 This coming Wednesday, April 21 on the UPenn campus, Danny Snelson has organized an evening to celebrate Tan Lin’s recent book publication, Seven Controlled Vocabularies and Obituary 2004. The Joy of Cooking [or 7CV] through the event series he curates, EDIT: Processing Network Publishing. Instead of a typical book launch, the event Wednesday seeks to enact and extend a poetics of distribution and/or metadata. Which is to say, a poetics that foregrounds problems of data description/retrieval, information processing, and the status of the book as an administered object. Through the event, an impromptu workshop will be created (picture a nerdier version of Warhol’s Factory), which will extend Lin’s book through various hand-made printed objects as well as digital ones.

I was asked by Tan Lin to write a short essay for this event. I had to choose from a list of topics and I had to write it straight: accessible, informative, normalized. 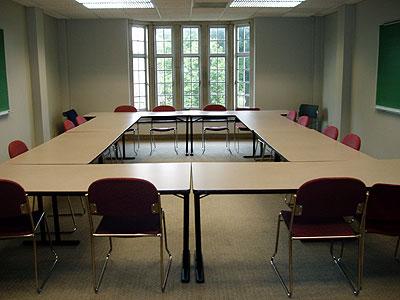 Commercial entities run what they call seminars. You can attend them at corporate headquarters, in the "seminar room," or in meeting rooms at hotels specializing in hosting such professionalizing gatherings. Perhaps the term came into use in this context because its progenitors sought to yield some of the academic connotation from the university. In the early years of the 21st-century, the word in its business context has come to mean a commercial event.

Most people, when using the term, mean a recurring meeting, a series. At American universities it has come to mean something of the opposite of "the lecture." Here there is an expectation that learners will participate in the making of the lesson. Often this counter-intuitive methodology is never explained; the reversal of expected roles is simply assumed. When a teacher lectures in a seminar it is deemed inappropriate.

Business-school pedagogy has positioned the seminar exactly halfway between its new corporate and its traditional academic connotations. Here the learner is expected to think "out of the box," while the pedagogy is said to be both "open" and "Socratic." But the so-called Socratic Method (favored by law schools) leads learners through a discussion in which freely volunteered answers to questions lead inexorably to the lesson the teacher had in mind from the start. Thus it can be said that the seminar has become the perfect tool of hegemony: open by process, closed by content.

It is easier to lecture than to lead a truly open discussion (in which the endpoint topic cannot be predicted at the outset). It is easier to transfer the power of certain knowledge by the open-closed method than by the closed method.

The word "seminar" is derived from the Latin seminarium, a seed plot. In the post-agricultural economy of the United States - an era rung in by Berkeley chancellor Clark Kerr as the time of the university as "Knowledge Factory" - idioms making use of the seed plot have withered and died. Essentially the only remaining idiom in this connotative family is "sewing seeds of destruction."

In some European countries, the seminar is not at all what it is in the U.S. It is a lecture class (often "given" by a super-eminent figure) in which there is no discussion, but a synthesizing paper (a seminar paper) is due at the end of the course of meetings. The eminence sows a seed; the learner, silently gathered around, is the relatively fertile or infertile furrow set to receive it. In this the trope makes clear sense: the lecture is given and (as certified more or less by the term-ending paper) it is received. The seminar in Europe continues to be associated with old concepts of authority (gone to seed, we might say). But in the U.S., while it would seem that the seminar augurs a new kind of authority in which listener can be talker and talker listener, the seed is gone from the scene.

Celebrate Tan Lin with us 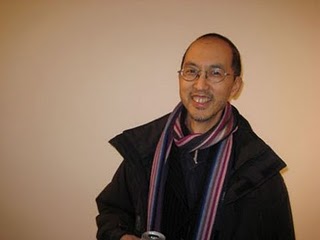 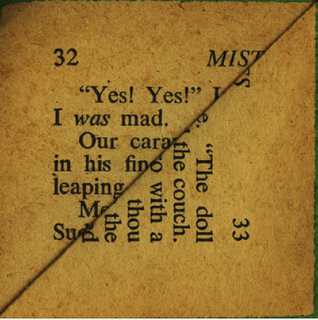 An in-person reunion of favorite colloquists after a year of planning: Al Filreis met up with Maxe Crandall (traveling from Oakland), Larissa Lai (having flown in from Calgary), and Julia Bloch (who walked five minutes through campus)—in the Arts Café of the Kelly Writers House. They talked about two prose poems in Harryette Mullen’s collection Sleeping with the Dictionary, published by California in 2002. The poems are “Dim Lady” and the title poem, “Sleeping with the Dictionary.” Our recordings of Mullen’s performance of these two pieces — they can be heard here and here — come from episode #92 (broadcast in 2005) of Leonard Schwartz’s radio show, Cross Cultural Poetics, an interview/conversation in which Schwartz and Mullen devoted the entire program to a discussion of and readings from Sleeping with the Dictionary.