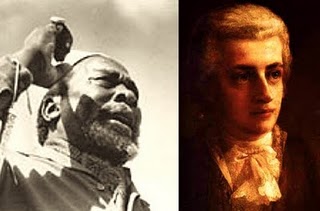 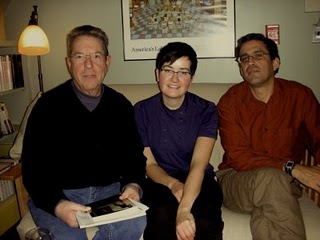 Bob Perelman began to write “The Unruly Child” using as a pattern Cesar Vallejo’s “The Right Meaning”. Vallejo: “Mother, you know there is a place somewhere called Paris. It’s a huge place and a long way off and it really is huge.” The Peruvian’s own mother had been dead many years at the time her son wrote the prose-poem, and it is a sad call back from late 1930s Paris (with all its politics, both fascist and antifascist — a tense scene in which Vallejo participated) to a lost Peruvian motherness — pre-self-exilic, pre-political.

Tom Mandel, a second-time PoemTalker and an old colleague of Perelman, wanted (at least at first) to stave off theoretically sophisticated readings and to talk of the poem’s speaker as Perelman himself: Bob the witty talented impatient poet, Bob the literally unruly son. In its late-70s/early-80s political context, the poem risked being deemed mere bourgeoisified radicalism; but on second much-later thought, it seems to succeed in tracing the deformed social development of the political son of the American mother who learns the language by refusing to learn its “right” meaning. 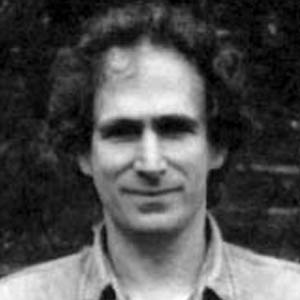 Thus the term “unruly” is crucial to all this poet's pajama play: a certain energetic conception of language has a politics. Sarah Dowling helpfully discusses the word “desirable” in connection with Marathon Oil. “If you’re the unruly child,” Sarah notes, “you have to ask questions as to why it [Marathan Oil] is not desirable.” What values inhere in that skepticism? What do they do to the nostalgically summoned mother? “The unruly child,” adds Rodrigo Toscano, “is a place for language to shake out in periods of instability, a transition from one historical moment to the next. And it seems to want to reset the terms under which he is willing to talk politically. He’s trying to renegotiate how he’s going to be a hostage to representation.” Tom Mandel heartily agrees with that. In the poem, we have this directive: “Learn the language. / That beautiful tongue-in-cheek hostage situation.” (It’s a 1979/80-ish poem and the situation is of course the American Embassy hostage-taking in Teheran.)

“The Unruly Child” was published in To the Reader (1984), an early Perelman book, and then reprinted in Ten to One, his book of selected poems. He recorded this poem for PennSound’s Studio 111 series in 2004, offering a brief comment on each poem recited. Before reading our poem, he mentions that To the Reader was the first book in which he regularly “used the present political landscape for subject matter.”