Talking about the political present requires a technology of public speech, but the constructs public and speech have shifted. Inside personal display cases of glass and crystal, upon screens actual or imagined, language takes on a speechified address to a dispersed and uneven public. In a series of somatic plays, Face Down by Brian Whitener faces the distance of political abstraction, the politics of affective life, the impossibility of writing in the political present. The book cannibalizes criticism, enacts it with bodies named A., B., C., and D. arranged like plastic toy soldiers, except in balaclavas. Written in an organized style of informatics, Face Down is seductive and terrifying in its desperate heat and abstract coolness. It is written with the powerlessness and with the power of political emotion.

The text does not perform an aesthetics of “acting out” yet does a kind of insane, administrative dance that indicts itself in the political horror of the present while also managing to express this horror. It breaks the fourth wall: both happening and image, catharsis and language. The form and feel of Face Down is binary — sincerity blown-out, subjectivity as a blank mask, Kathy Acker with a TV remote. Poetry here is a vehicle for the absence of its symbolic function. 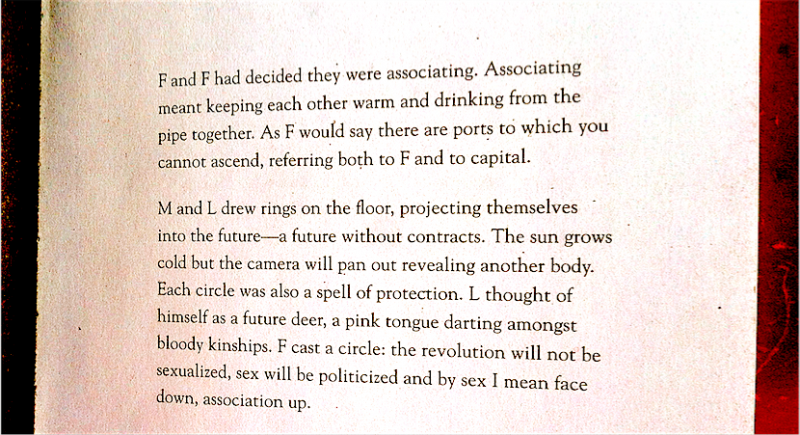 I went down because the call originally was to go to the San Diego/Tijuana border, to make contact. It turned out to be a protest. A relatively small group of people marched through empty downtown San Diego. Smaller groups shut down the Federal Building and the Courthouse which would soon introduce the mass trials under Operation Streamline. We chanted protectively, sat down together, linked arms. [image below: collective breakfast Chicano Park, San Diego, July 2, 2018] 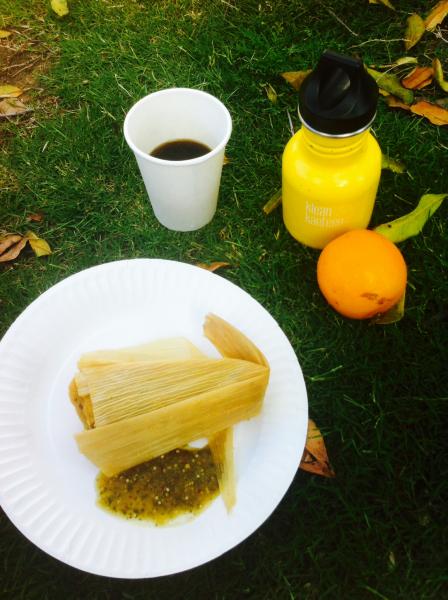 Whitener writes, “The thesis of this poem is that we live in a world of experience, of worlding, no longer a world of representation. … The question is not how to leave behind representation but rather how to connect literature’s devices, knowledges, and affective relationships to an edge that would match the new problematic of experience, worlding and its sensorium of trauma.”

I am having a hard time processing the present moment. I don’t have to even say: it’s terrifying, horrible, unconscionable, unacceptable. But these feelings are contained within three questions about their context. What are feelings to a situation of mass political violence? 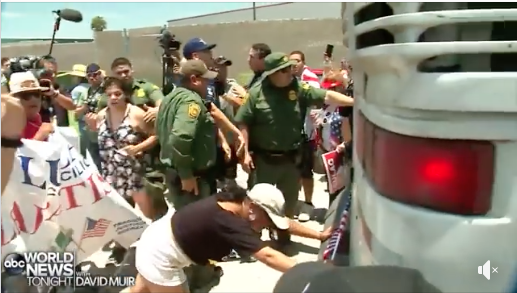 Why feelings about a country where I happened to be born, meaning, does my self-identity need have any interface with nation? How can narrativizing cleave to specific, localized, and ongoing violence? Contained within these questions are some of the paradigms of Western, white-dominated senses of self, space, and time which set the groundwork for this political moment. They reflect material social and spatial realities created by neoliberal US hyper-capitalism. It’s like the things that have wrecked the world are what we keep getting flung hard back into: our lattice, our limit.
[image above: protester in Texas attempts to halt a bus full of detained children] 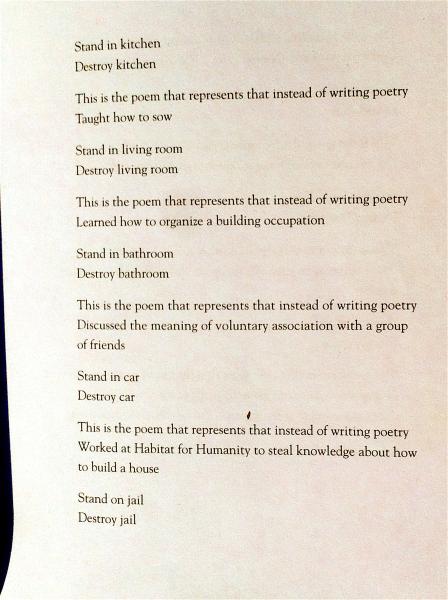 The picture below has been on my desktop for a while now: it depicts a concentration camp photographer and his clever way to produce individual ID pictures en masse. I had been thinking of it as an analog for social media, reflecting the darkest aspects of classification and representation, which photography both services and forwards: the massification of the human, now digitized. This image is at once a horror and a dark joke. 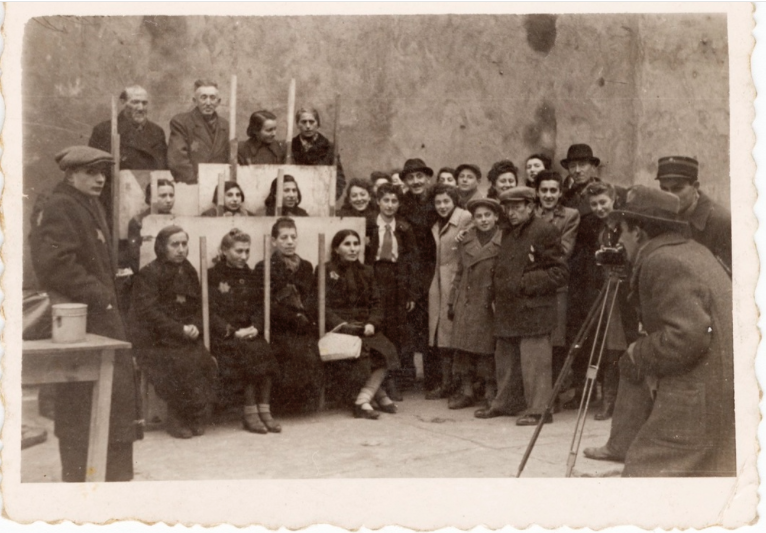 (By the way, do you know about the Warsaw uprising? When youth brigades fought back with smuggled arms, grenades, and Molotov cocktails?)

The dark joke is that each framed and statistic-ized individual face is not individually photographed, that just underneath each face, shoulders touch, pants or dresses brush up against others. The other joke is that folks to the right are smiling. Look, we’re going to be photographed! Within this technology based on looking dwells the emotional genealogy of one human beholding another. We look at them all now, especially the iconic photographer[i] hunching over his tripod in an overcoat and pork pie hat, with a honeyed love.

I disagree with Whitener about representation. I think we are now indistinguishable from its accelerated and algorithmic ubiquity, but I am wondering if he means more here to talk about the task of poetry. I sought something that could transcend my questions but found what subverted them. The situation calls on connectivity outside identification with country, outside identification with current forms of failed or failing humanism, outside identity, but with a strong, beating heart, working lungs, firing nerves, and an unwavering, undisturbed sense of attachment. If you look underneath patriarchal libidinal law, it’s there, just radiating. What I hope to do with bringing up my own uncertainty, hopelessness, and horror is to link with the archive of this radiance in language.

i “When Henryk Ross (1910–1991) was confined to the Lodz Ghetto in Poland in 1940, he was put to work by the Nazi regime as a bureaucratic photographer for the Jewish Administration’s Statistics department. For nearly four years, Ross used his official position as cover, endangering his own life to covertly document the lives of others. More than 160,000 Jewish people were trapped in the Lodz Ghetto — comprising the second largest Jewish ghetto population in German-occupied Europe — and thousands would be deported and murdered at Chelmno and Auschwitz. Sometimes forced to conceal his camera in his overcoat, Ross took photographs to record the horrors and complexities of life in the Lodz Ghetto and to preserve evidence of Nazi crimes. As liquidation began, Ross buried an astonishing 6,000 negatives near his home — committing to the ground, and perhaps to future generations, ‘some record of our tragedy.’” Via the Museum of Jewish Heritage. 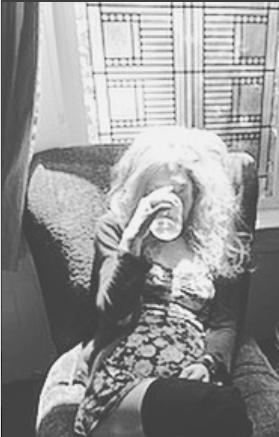