1997 was a relatively quiet time, between the first and second Intifadas, in Israel/Palestine (Wiki here): a period of sustained tensions but relatively few new acts of violence after the 1998 Israeli invasion of Lebanon, with 1100 air strikes, Hezbollah counterattacks, and numerous civilian casualties, which led to the 1999 election of Ehud Barak and withdrawal of Israeli troups. In 1997 there had been three major suicide bombings in Israel, one at a centrally located cafe in Tel Aviv in March, and two in Jerusalem markets in July and September. These were the present politics in which the Porter Institute for Poetics and Semiotics, collective editors of the journal Poetics Today (published by Duke University Press), invited three Language writers (myself, Charles Bernstein, and Bob Perelman); four American critics (Charles Altieri, Maria Damon, Jonathan Monroe, and Tyrus Miller), and a small but focused group of international scholars (including Mihhail Lotman, Koji Kawamoto, Toshiko Ellis, and Alison Mark) to present their work. Sponsors included the American narrative theorist Brian McHale and Israeli scholars Meir Sternberg, Tamar Yacobi, and Karen Alkalay-Gut. The conference was attended by faculty and students from Tel Aviv and other Israeli universities and, significantly, one scholar from a Palestinian university—who traveled to the conference via Cairo. By all measures a success, the conference led to much productive work, significant exchanges, and a two-volume feature in Poetics Today (20:4 and 21:1). 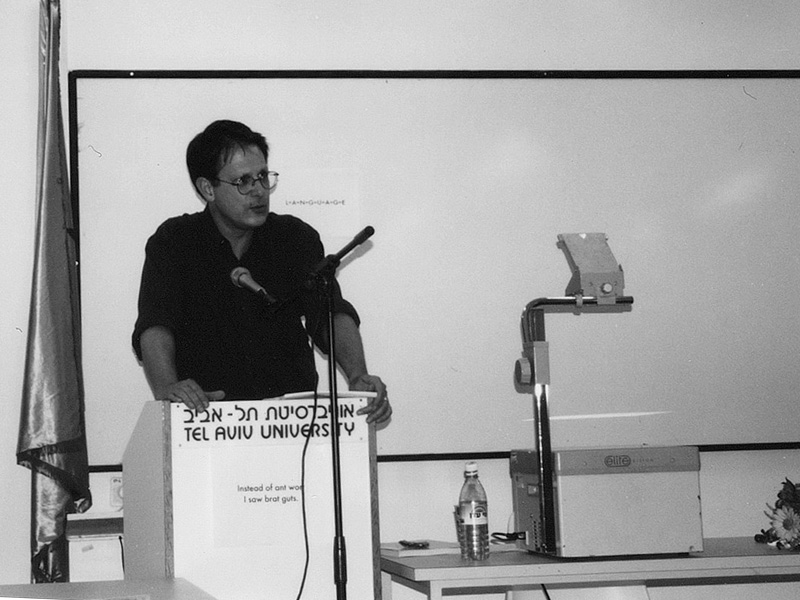 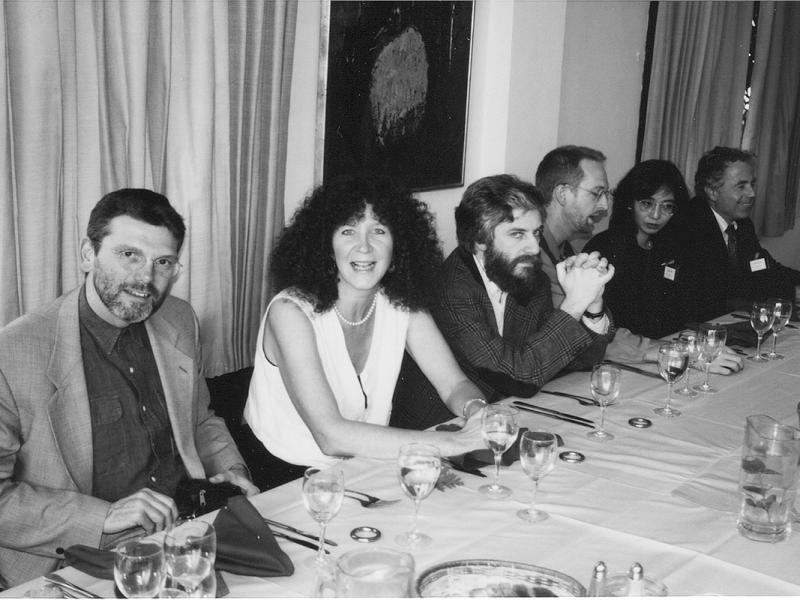 I want to put this event into the context of the present—not to retrospectively apply any form of current judgment, but to acknowledge that the political situation has changed dramatically. The ASA call for an academic boycott, and the BDS movement itself, comes after an acceleration of not just "tensions" but of sustained human rights violations that affect millions of lives, in the absence of any resolution to the fundamental questions of Israel/Palestine. Rather, we are aware of a constant background of resisted diplomacy; construction of settlements; housing demolitions; travel restrictions; and intolerable living conditions for the majority of Palestinians. But there is a second half to the political response to this ongoing, intractable situation, namely the use of an academic boycott of Israeli universites—and thus the breaking off of precisely the kind of scholarly contact and exchange that I participated in in 1997. I have argued, in the preceding post, that two forms of universal right involved here are not in conflict—human rights and academic freedom—and that the willing suspension of academic freedom as a political gesture of protest involves a faulty means-end rationale by the best account. The question then rises: what precisely is being given up when intellectual and cultural contacts, scholarly and creative exchanges, are sacrificed on political grounds?

To assess the value of the 1997 conference, one could simply look at conventional, professional measures, such as the quality of the work produced and its importance for the field(s)—namely poetics and avant-garde studies. The double of issue of Poetics Today is without doubt an outstanding collection of essays; its publication helped revive the theory to the avant-garde (arguably stalled since the general acceptance of Peter Bürger's historicist critique in The Theory of the Avant-Garde), and it placed new forms of experimental practice squarely at the center of this revision. I contributed a key chapter of The Constructivist Moment, on Language writing as an avant-garde social formation, which I wrote specifically to give at the conference. The conference also brought the formalist/structuralist methods of its founders, who invited Roman Jakobson to deliver a lecture at its founding in 1975, into contact with new movements who took language and the avant-garde as primary, but not simply as "the tradition of the avant-garde." There is a larger discussion to be had about the nature of "poetics" as a discipline and a zone of experiment now, but this event could be seen as a significant transitional moment from a formalist (and Eurocentric) paradigm to a reconfigured global poetics with a necessary component of the avant-garde. But even these critical frameworks are too restricted for coming to terms of the larger cultural politics of traveling to Israel/Palestine for an academic conference on avant-garde poetics, between intifadas, in 1997. It is the minor details of that event that are of greater significance, in both positive and negative terms.

The first minor detail was what it meant for scholars (not to mention avant-garde poets) to travel to Israel at that time (and how that compares to restrictions on travel that are the subject of the MLA's recent resolution). I booked a flight that changed planes at Amsterdam, from Northwest to El Al, and that was the first wake-up call. Alone in an underground room with three Israeli security officers, I was grilled about the conference, asked about my paper, and told to rehearse its argument. I had to produce a copy of the paper to back up what I said, I recall. Once on El Al I had my first, revisionist, take on what the state of Israel might mean: I found myself in an ethnically homogenous group of Israeli citizens, not an international flight; if felt as if I had already arrived in its territory. There was something markedly populist about this group—they were the people, not business travelers, not the elite—and this registered in turn the socialist as well as Zionist aspects of the state. Meanwhile, a welcome message began playing on the TV screen—in fact, a propaganda clip in mourning for the assassinated premier, Yitzak Rabin, who was seen by many as the last hope for a negotiated and peaceful solution. I have always found the definition of collectivity as an act of permanent mourning to be deeply suspicious, and Rabin was portrayed as only the last of many sacrifices. It was the relation of the politics of mourning to the homogenous passengers that gave me my first insight into where I was going. On arriving, I remember finding the Tel Aviv airport to be remarkably small, cluttered, inconvenient, and tense. One's first impulse was to get out of that place, which I did—arriving shortly at the concrete block beach hotel, on the corner of Max Nordau Street, that would be our residence over the next week. I like being in the "zone"—defining a zone as a territory that is both removed from and continuous with everything else—and this was, a bit ominously, one of them.

[In the next post, I will continue on the politics and poetics of the conference, and further travels in Tel Aviv, Jaffa, Haifa, and Jerusalem that were as much a part of the event as its academic content. In reading back from the present moment, and the politics of academic boycotts, I will want to assess the ethics of the conference itself—again both positive and negative—but also the loss of knowledge that would result from foregoing such an experience.]