Pierre Joris on Celan and the Shoah in 20 minutes

On December 3, 2013, Pierre Joris discussed Paul Celan’s poetry, with special focus on his response to the genocide of Europe’s Jews and others during World War II. Now PennSound podcasts presents a 20-minute excerpt of the hour-plus-long program. The video recording of the entire event is here, and the whole audio recording is here. The Kelly Writers House web calendar entry for the event can be found here. This episode is #36 in the PennSound podcasts series.

One of Karen Finley’s recent installations is an ongoing (annual) holocaust memorial at the remains and site of the Gusen concentration camp in Austria. 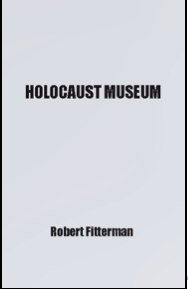 What follows is the text of a talk presented in honor of Jerome Rothenberg on the occasion of his 80th birthday, at an event held at CUNY Graduate Center in New York, on December 9, 2011.

If you were looking one way for new Americans in 1960, they would of course be found in Allen’s The New American Poetry.  But there was another way.  Jerome Rothenberg’s first book, New Young German Poets, published by City Lights in 1959, introduced American readers to a postfascist antifascist avant-garde that successfully “oppose[ed] the inherited dead world with a modern visionary language,” crucially among them, Paul Celan and Ingeborg Bachmann.

It happened that I screened Jonathan Silvers’s Elusive Justice just as I rewatched Steven Spielberg’s Schindler’s List. I regularly teach a course on representations of the holocaust in literature and film; Spielberg’s melodramatic, reductive version of the Oskar Schindler story is one of the representations my students and I discuss. Spielberg knows exactly where he wants us to look, and indeed teaches us — forces us — to see the way he wants. We see the liquidation of the Cracow ghetto from Oskar’s point of view, omniscient, Olympian, commanding: from atop a hill (where he had been riding horses with his Polish mistress), a vantage enabling him and thus us to see everything at once. This view is distinct from that of the victim of the Aktion, who necessarily saw almost nothing except the chaotic and blindingly rapid-moving terror immediately in fro 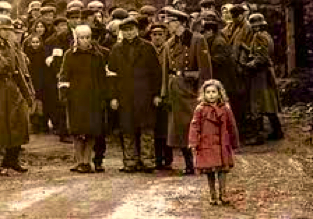 nt of him or her. And to make certain that we see what we are supposed to, from the authoritative perspective we are simply given, Spielberg paints bright red (in a movie otherwise filmed in pseudo-documentary black and white) the coat of a little Jewish girl, so that we can follow her with our eyes, having no choice, and can identify with her innocence amid the guilt. It is supremely well intentioned, but nothing here is elusive. Schindler’s List marches straight toward the feelings it is designed to instigate in its viewers. There is no visual or thematic wandering. It is friendly toward sovereignty. It is about who has the power of life and death and its own flawless visual mode (strongly implying that it can after all be comprehended) makes no irony of that absolute power.

I've prepared a document that might nicely serve as a primer to Paul Celan's wartime experience and early poems. It includes a page-long summary of his life c. 1941-45 and then five pages from Pierre Joris' excellent introductory profile to his Paul Celan: Selections, followed by the texts of just two early poems. Here is that document (PDF).

Christian Boltanski's artwork/installation, "No Man's Land": a huge crane and a 25-foot-high mound of salvaged clothing rising from the floor of the Park Avenue Armory’s big drill hall. Every few minutes the crane’s giant claw will pluck a random assortment of shirts, pants and dresses from the mound and then release them to flap back down randomly. Visitors can watch the action — set to a ceaseless, reverberating soundtrack of thousands of human heartbeats — from ground level, standing amid dozens of 15-by-23-foot plots of discarded jackets that extend in all directions from the mound and that may - should - evoke refugee or death camps.  "No Man's Land" was described in the New York Times: here.

Once you're in the room, you'll never get out

Daughter of an Auschwitz survivor, Debbie Fischer, asks her father, as he lies dying, to tell her the real story of his time at the death camp. He has refused to tell her much all these years, always giving a blandly positive response to life in the camp. Here is the audio recording of her testimony about his testimony: mp3. (See my Holocaust site for much more.)