This essay is conjectural and conversational. Conversational with other texts, other minds; but also among the importantly divergent logics of poetry and discourse, discourse and exploratory essay. Decades ago, skeptical about the force of a strictly woman-centered feminist theory whose reactive stance seemed to corroborate the secondary status of the feminine in the age-old M/F binary, I was struck by the realization of a gender and genre transgressive experimental feminine rooted in embodied female experience but integral to all struggles with the cultural coercions of an ubermasculine hegemony.

Antigone: I stand convicted of impiety,
the evidence, my pious duty done …
Chorus: The same tempest of mind
as ever, controls the girl.[1]

Despite the fact that gender identities are in increasingly complex conversation with biology and cultural construction the reductive force of patriarchy, with its sidekick misogyny, remains the catastrophic constant. — S. M. Quant[2]

Free verse isn’t just for students. One of the most interesting practitioners of the line — perhaps the most — in Australia is Claire Gaskin. Gaskin’s use of the line is always working the line over other formal elements, even when she enjambs it:

suppose, for instance, that men were only

represented in literature as the lovers of woman

This is from the poem ‘Paperweight,’ just one more poem from Rabbit #1. Whereas other poets worth reading work the line to energise a stanza or their poem as a whole, Gaskin’s focus is on the line. This allows, I suppose, for readings of her work as dispersed, disjunctive blah blah, but such readings miss the point. Gaskin’s power is that of a haiku-inflected, feminist-charged, Surrealist fission. Not fusion, as a lazy music as soup metaphor might have it. (Because we who love to not love formalism have heard all that ‘line’ before.) There is a post-formal feel to such ‘free verse’ too; not the echo of metre, but the echo of the line-based form of, in particular, the pantoum, in the recycling of sentiments and the ‘soap in the stocking’ line. In the above, though Gaskin is making a point, a not perhaps startling one, the emphasis comes down on ‘says Woolf,’ giving her an authority that is common in many places, and yet in texts by men, generally subsidiary to the list of modernist men.

on becoming a character 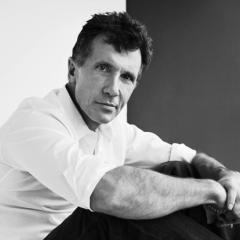 In 2002, during his visit to the Writers House, I interviewed novelist Michael Cunningham. Just today Jenny Lesser segmented the audio recording of that discussion into topics. You can listen to any of these segments, or all of them, by going here, and here is the list: