Arriving on my desk this week — the result, apparently, of a quick visit to Philadelphia by Nick Montfort — is a remarkable excerpt from Montfort's 2018 work, Hard West Turn. This No Press pamphlet takes pages 213 through 216 from the work. Go here to find out how to acquire this or any of Nick's work. No Press is the wonderful ongoing creation of Derek Beaulieu of Calgary (now, precisely, of Banff). Hard West Turn was computer generated using text from the English Wikipedia and the Simple English Wikipedia. Information about the book can be found here.  Information about No Press can be found here. Another recent work by Nick Montfort: “Leaflet of Eden,” a sheet folded twice, printed by Nick himself, in Cambridge, on a dot matrix printer.

One of the real delights of my recent visit to Montreal: visiting Monastiraki and meeting Billy Mavreas. Above is a photo of Billy in the shop. The offer fine prints, art and gig posters, small press, zines, and art objects by some of Montreal’s most unique artists. Overflowing with paper ephemera and vintage found treasures, the space is an assemblage of things Billy and his colleagues love. The shop has been very supportive of the community of experimental poets.

Karen Randall started Propolis Press in 2001. My introduction to the press was Rosmarie Waldrop’s Within the Probabilities of Spelling, produced in an edition of just eighteen. A few years later, I had the pleasure of meeting Karen in person in New York, and a few years after that, I had the pleasure of including her edition of Christina Strong’s The New York School in Poem & Pictures. Other poets published by Propolis include Nancy Kuhl, Elizabeth Willis, Jane Rice, and Randall’s own poems. The images in all of the books are created by Randall, who is the leading authority on four-color letterpress printing on gampi.

She is currently collaborating on an artists’ book with Lee Ann Brown entitled Bagatelles for Cornell, which includes three poems written in homage to Joseph Cornell accompanied by Randall’s digital collages printed via cyanotype and gum bichromate photography, as well as mixed relief techniques. She is also collaborating with Anne Tardos on Ginkgo Knuckle Nubia, a segment in The Dik-dik's Solitude (Granary, 2003).

The revolution will be typewritten

Thanks to Darren Wershler-Henry whose recent tweet turned me on to The Boston Typewriter Orchestra. They are "a collective endeavor which engages in rhythmic typewriter manipulation combined with elements of performance, comedy and satire. BTO aims to entertain the masses while providing an outlet for the creative urges of its members. *BTO promises to protect customer confidentiality with the utmost vigilance while remaining irreverent at all times." Listen here and enjoy a new single, "The Revolution Will Be Typewritten." 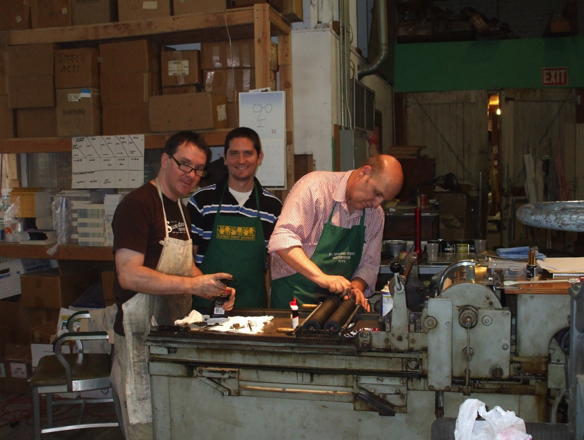 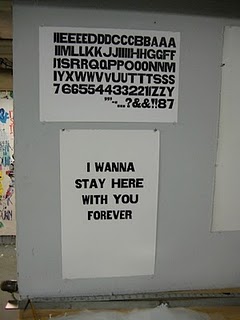