I wrote this commentary post back on September 27, 2007 and I thought I would reprise it now:

There’s a story on the front page of the arts section of today's New York Times that begins by the usual condescending reference to "[t]he cloistered community of American poetry." After that, the lead is: “The board of the 97-year-old Poetry Society of America, whose members have included many of the most august names in verse, has been rocked by a string of resignations and accusations of McCarthyism, conservatism, and simple bad management.” (And there's "august": is that word ever used unironically any more? Made more ironic here by its being rocked by "rocked.")

I wrote this commentary post back on September 27, 2007 and I thought I would reprise it now:

There’s a story on the front page of the arts section of today's New York Times that begins by the usual condescending reference to "[t]he cloistered community of American poetry." After that, the lead is: “The board of the 97-year-old Poetry Society of America, whose members have included many of the most august names in verse, has been rocked by a string of resignations and accusations of McCarthyism, conservatism, and simple bad management.” (And there's "august": is that word ever used unironically any more? Made more ironic here by its being rocked by "rocked.")

C. Derick Varn interviewed me recently. Here is a link.

In January 1957, a man named Arthur B. McQuern, describing himself as a retired Iowa farmer then living in "this artist town on the west coast"--Laguna Beach, California--writes to express indignation against the modern art on display there. McQuern was especially incensed by a recent exhibit, which caused him to write an essay he mailed to Congressman George A. Dondero. Here is a small portion of that essay:

"...the essence of the 'modern' doctrine apparently is to believe in nothing...The idol adopted by the modernist writers is a twentieth-century hybrid character which is made to appear as being neither good nor bad...The ultra-modernist is unconcerned with beauty and truth...By a standard of ethics peculiar to the 'moderns' truth has no stability or positive purpose but to them is only a point of view shifting and drifting with the tide of sentiment...In both literature and art a contemptible disregard for reality...." 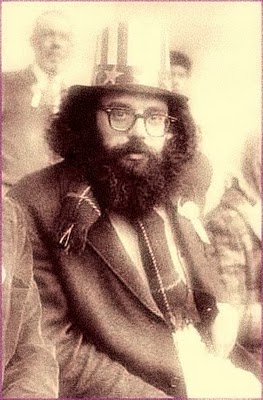 Ginsberg engaged the attention of the FBI recordkeepers. "I have a stack of documents three feet high," the . . . poet said, and showed me a sampling of them. He has devoted much of his time to challenging the government on issues of privacy and personal freedom - including sexual preference - and arousing his fellow writers to campaign for freedom of expression.

Ginsberg recently told me that Pacifica Radio, the group of radio stations that airs public events, contemporary verse, drama and other literature, may no longer broadcast much of his poetry, including the well known Howl and Kaddish. Under the Reagan administration's policy of destroying the power to regulate of the regulatory agencies, the weakened Federal Communications Commission has carried out Attorney General Meese's diktat against "obscenity" and "indecency." The final report of the Meese Commission on Pornography is a legacy for book censors and book burners that could affect authors, editors and elements of the publishing community for a long time to come.

Ginsberg said that some of the papers in his file come from related customs and Treasury Department investigative bureaus. His file crisscrosses those of other writers. "They include Leroi Jones, who was the victim of much more attack than people understand and, in that context, his anger is understandable," Ginsberg said. "Most people don't realize what he and other black literati have been through, assuming that all past injustices have been redressed or somehow disappeared out of mind. The waste remains, the waste remains and kills. The section on Tom Hayden in Newark intersects with Jones, since Jones was influenced by an FBI misinformation campaign to denounce Hayden as an [FBI] agent and drive him out of Newark. The section on Black United Front and Ann Arbor intersects with John Sinclair, poet director of Detroit Artists Workshop, a multiracial press that is one of my publishers." 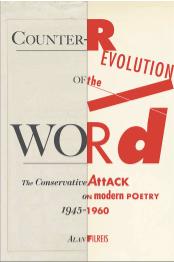 Adam Piette of the University of Sheffield has published a review of my Counter-Revolution of the Word: The Conservative Attack on Modern Poetry in the recent issue of Modernism/Modernity. Here is a PDF copy of the review. 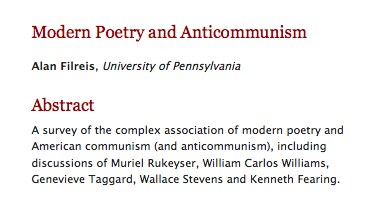 I'm delighted by a review of my book, Counter-Revolution of the Word, which has just now come to my attention. Here [PDF] is a link. The relevant pages begin on page 922.

they have the routine of the Indians and the colored folks

From a column by I. F. Stone publisehd in the Nation magazine on November 8, 1947, at the time of the anticommunist HUAC/"Hollywood Ten" hearings:

Anticommunists go after gays in government, 1950

ON THE FLOOR OF THE HOUSE OF REPRESENTATIVES:

Mr. MILLER of Nebraska. Mr. Chairman, I realize that I am discussing a very delicate subject I cannot lay the bones bare like I could before medical colleagues. I would like to strip the fetid, stinking flesh off of this skeleton of homosexuality and tell my colleagues of the House some of the facts of nature. I cannot expose all the putrid facts as it would offend the sensibilities of some of you. It will be necessary to skirt some of the edges, and I use certain Latin terms to describe some of these individuals. Make no mistake several thousand, according to police records, are now employed by the Federal Government.

You must know what a homosexual is. It is amazing that in the Capital City of Washington we are plagued with such a large group of those individuals. Washington attracts many lovely folks. The sex crimes in the city are many.

In the Eightieth Congress I was the author of the sex pervert bill that passed this Congress and is now a law in the District of Columbia. It can confine some of these people in St. Elizabeths Hospital for treatment. They are the sex perverts. Some of them are more to be pitied than condemned, because in many it is a pathological condition, very much like the kleptomaniac who must go out and steal, he has that urge; or like the pyromaniac, who goes to bed and wakes up in the middle of the night with an urge to go out and set a fire. He does that. Some of these homosexuals are in that class. Remember there were 91 of them dismissed in the State Department. That is a small percentage of those employed in Government. We learned 2 years ago that there were around 4,000 homosexuals in the District. The Police Department the other day said there were between five and six thousand in Washington who are active and that 75 percent were in Government employment. There are places in Washington where they gather for the purpose of sex orgies, where they worship at the cesspool and flesh pots of iniquity. There is a restaurant downtown where you will find male prostitutes. They solicit business for other male customers. They are pimps and undesirable characters. You will find odd words in the vocabulary of the homosexual. There are many types such as the necrophalia, fettichism, pygmalionism, fellatios, cunnilinguist, sodomatic, pederasty, saphism, sadism, and masochist. Indeed, there are many methods of practices among the homosexuals. You will find those people using the words as, "He is a fish. He is a bull-dicker. He is mamma and he is papa, and punk, and pimp." Yes; in one of our prominent restaurants rug parties and sex orgies go on. Some of those people have been in the State Department, and I understand some of them are now in the other departments. The 91 who were permitted to resign have gone some place, and, like birds of a feather, they flock together. Those people like to be known to each other. They have signs used on streetcars and in public places to call attention to others of like mind. Their rug and fairy parties are elaborate.

So I offer this amendment, and when the time comes for voting upon it, I hope that no one will object. I sometimes wonder how many of these homosexuals have had a part in shaping our foreign policy. How many have been in sensitive positions and subject to blackmail. It is a known fact that homosexuality goes back to the Orientals, lone before the time of Confucius; that the Russians are strong believers in homosexuality, and that those same people are able to get into the State Department and get somebody in their embrace, and once they are in their embrace, fearing blackmail, will make them go to any extent. Perhaps if all the facts were known these same homosexuals have been used by the Communists.

I realize that there is some physical danger to anyone exposing all of the details and nastiness of homosexuality, because some of these people are dangerous. They will go to any limit. These homosexuals have strong emotions. They are not to be trusted and when blackmail threatens they are a dangerous group.

The Army at one time gave these individuals a dishonorable discharge and later changed the type of discharge. They are not knowingly kept in Army service. They should not be employed in Government. I trust both sides of the aisle will support the amendment. 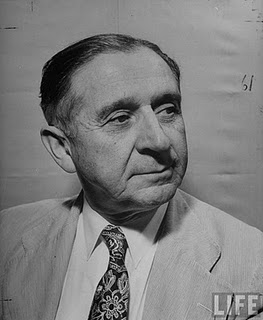 Mr. DONDERO. Was there any evidence or testimony before the gentleman's committee with respect to the number of people who were separated from the service in the Department of State who had later acquired positions in other departments of Government? I refer to those whose employment was considered a security risk. Was anything said before your committee on that subject?

Mr. CLEVENGER. I will say to the gentleman, I brought that question up a year ago, as to whether the other departments would be alerted so that they might not hire these--we can name them now--these homosexuals. Until the Assistant Secretary of State, Mr. Peurifoy, made that word public over in the other body, we had insufficient information so far as the committee was concerned and could not tell you. In reply to my question we were informed they were not, and unofficially we were told, or at least I was told, that they have been employed in other sections of the Government, at least most of them were.

Mr. DONDERO. The reason I asked that question is that I made inquiry by letter to find out where these people went and whether they are now employed by our Government and I have not yet received a reply giving me any information on the subject.