A review of 'Visiting Wallace'

Visiting Wallace: Poems Inspired by the Life and Word of Wallace Stevens

Visiting Wallace: Poems Inspired by the Life and Work of Wallace Stevens

Visiting Wallace, edited by Dennis Barone and James Finnegan with a foreword by Alan Filreis, is presented as a collection of seventy-seven poems “inspired by the life and work of Wallace Stevens.” That’s problematic, because Stevens mostly hid his life in his work. An elegy by John Berryman included in the book puts the matter this way: “Ah ha & he crowed good. / That funny money-man. / Mutter we all must as well as we can. / He mutter spiffy. He make wonder Henry’s / wits, though, with an odd // … something … something … not there in his flourishing art” (10). Henry’s judgment is the greatest strength of this book: criticism, regularly hedged and guarded, can benefit from the candor that writing a poem often fosters. I share Henry’s mixture of wonder and suspicion at Stevens’ sustained posture “that he does not wound.”

More than that, though, I appreciate the way that Berryman and a few others make demands on Stevens that scholars can’t and critics mostly don’t, yet. Adrienne Rich’s “Long after Stevens” argues with the coldness of “The Snow Man” — Rich gives an image of a “locomotive pushing through snow in the mountains” and describes a landscape in which “snow defies the redefinition // of poetry” in which a woman gets down from the train to “lick snow from bare cupped hands,” finding herself “searching toward a foreign tongue” (109). The poem takes seriously “the nothing that is” of Stevens’s poem. Rich gives it its place and continues searching, too intensely experiencing her relation to the earth to accept alienation as wisdom.

Finnegan’s “At the Casa Marina” and Edward Hirsch’s “At the Grave of Wallace Stevens” also seem to me to explore the limits of the way Stevens used poetry as a hiding place, in reflections on death. There’s an undercurrent of dissatisfaction with mortality in these poems, but also with Stevens on mortality. Finnegan tests the claim of “Sunday Morning” — “death is the mother of beauty” — and Hirsch tests the “distance” of Stevens’s later poem “Of Mere Being.” They’re poems that engage with some of the disquieting aspects of life that are, at most, eerily muted in Stevens’ work.

If the strength of the book is its critical exploration of Stevens as a poet of experience, what should one call its approach to Stevens as a philosophical poet? Inevitable and mostly unfortunate. Martha Ronk, Charles Wright, Susan Howe, Michael Palmer and Forrest Gander pay a visit, each of them with big-idea poems. Stevens’s philosophical poems — and that probably means all of them — sometimes seem like they are written on mirrors, so strangely do they situate depth. With the exception of Howe, the admirable and skilled philosophical poets appearing in this collection seem too serious for the occasion. One asks oneself the purpose of their visit. 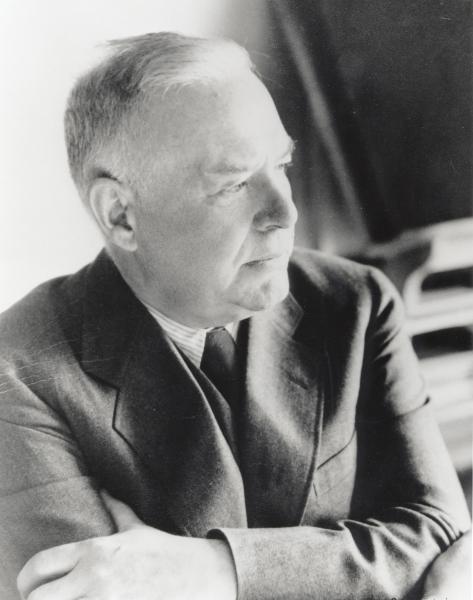 Inside-jokey poems abound, including John Ashbery’s spoof-homage, “Some Trees,” and Carl Martin’s “No Sop, No Possum, No Jive,” Jeremy Over’s “A Poem Is a Pheasant,” and Mark DeFoe’s “Thirteen Ways of Eradicating Blackbirds.” The humor is not unsettling — even DeFoe’s poem uses humor mostly as charm — and the poems establish a sense of community that might be called familial: comfortable and unwilled.

That’s also problematic about the book. Stevens’s social world was small, and the social world of his poems can be worse than small.  Stevens’s “Like Decorations in a Nigger Cemetery” is a troubling poem for a lover of his work — perhaps too troubling to be framed as a matter for criticism to approach alone. But there’s no mention of that poem here. So I propose an un-neighborly visit.