Killian is adept at working several narrative registers — time, kind of story (high, low; gossipy, aesthetic), and tone — all at once. A good deal of the PoemTalkers’ effort in this discussion is directed

at describing those various times: 1992, the date of Arthur Russell’s death; 1978, when Killian is studying in Long Island; Lou Harrison’s death in 2003; June 2004, when the speaker nearly perishes himself; the present of the poem’s writing, looking back on all this; the audience-implicated present of the poem’s mesmerizing Queering Language performance in 2007. There’s a genius with which this New Narrative poem — along with the almost set-piece digressions and gossipy annotations and wisecracks offered extratextually by the performer — manages these separate yet overlapping 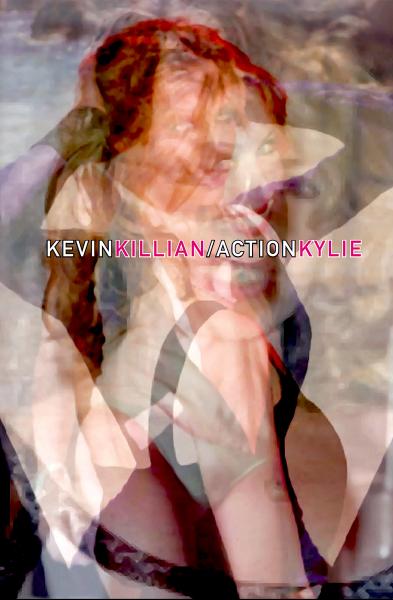 moments. Such genius enables the crucial convergence of themes: the gay sexual chain of witness back to Whitman; the flora of Long Island and generally the importance of place and documentation; the death of Arthur Russell from AIDS; Allen Ginsberg’s doggerel and his overall “obviosity”; pop music, beloved unironically; the speaker’s (Killian’s) “own premature death.”

Kylie Minogue is of course known mononymously as “Kylie,” the highest-selling female Australian artist of all time. Action Kylie returns again and again to this revered figure in the special Killian world of conceits and tropes, although in our poem she only makes one belated appearance. Yet even in the poem’s final lines, the apparition of Kylie still “finds a way to haunt me / always and forever.”

This episode of PoemTalk was directed and engineered by Zach Carduner in our virtual Wexler Studio and edited by the same Zach Carduner. PoemTalk is a collaboration of the Kelly Writers House, PennSound, the Center for Programs in Contemporary Writing at Penn, and the Poetry Foundation. It is made possible by the generosity of Nathan and Elizabeth Leight.