All three fit, if you will, the parameters I claimed would establish the future direction of an increasingly multicultural country. None of them could be classified as pākehā middle-class poets and all tend towards the experimental and/or performance and/or indigenous striates of poetry. Significantly and obviously, all three are women. Theirs is the future of poetry in the skinny country of Aotearoa — inevitably, for as I have stressed several times previously — the demographic of Aotearoa is rapidly and rather radically on the move into major diversity.

More, these three writers involve themselves in shared self-reflections about their own layered identities — ethnic, linguistic, cultural — in this zone of change, that is Aotearoa.

Just like the inevitable future national flag transformation here, away from union jacks and governor-generals, poetics here will inevitably reflect more and more female, multiethnic poets of spirit; who swerve off in directions from so-called mainstream verse, while writing and performing in forms of English far from so-called standardized English, if indeed they even write in that language at all.

Ivy Alvarez (below. Credit - Andi Crown) has an interesting background. Philippines born - mabuti, kaibigan [great, friend] — she now resides in Aotearoa New Zealand, after sojourns in the United Kingdom and Australia. Ivy shares with us her thoughts about poetry in this country, as it affects her: 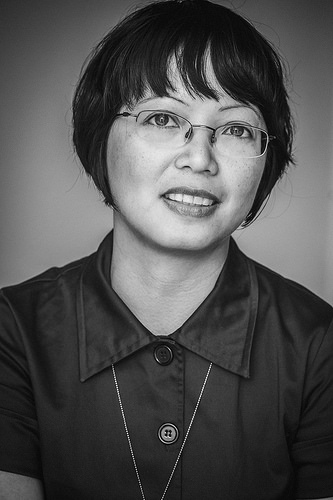 'The things I want to see more of in Aotearoa poetry are the same things I would want to see in the poetry of any country: less monoculture; more scratches welling with passion and blood; the speaking and seeing of ever-more fascinating truths, lies. I want poems with deeper and deeper engagements, more rebellion, more discomfort, more light, less propping up the reanimated corpse of the status quo. I want different tongues sharing different news. Tell me something I’ve never heard before and tell it well.' [My stress above.]

'There are identifiers aside from Asian and Filipino that one could use to describe me — Australian, European, even Aucklander. I can only point to my writing as a way to answer the question of self-definition, since I am one who is only ever comfortable calling herself a writer. I leave critique to the critics, publishing to the publishers and any recognition to the readers. My concerns are writing, and writing more, and reading and being read.'

Two poems by Ivy are here.  She notes - 'These are forthcoming very soon as part of a limited-edition, letterpress-printed booklet The Everyday English Dictionary (London: Paekakariki Press, 2016).'

Reihana Robinson (right, below), too, has an interesting background. She notes, 'Identity is fluid. As part of a boat load of refugees aboard a waka [canoe] back a few hundred years ago would I be slave or slave owner, rangatira [noble], commoner or taurekareka [slave] who can say? In a post-colonial world one may be multilingual but not necessarily fluent in what could be called the mother tongue.'

'My upbringing is one of unconditional love, and that shaped me more than any other shaping. That I was a brown girl (“Cocoa” at primary school), that I was a girl, that I grew up in a timber town and that my adoptive parents were English speaking from parts of Europe means for me the Battle of Culloden is as strong as Parihaka and who is to say at what point these threads begin to bind? Race is only one of those threads that blend to make identity.' Reihana is Māori, but like Ivy Alvarez, has been exposed to diverse cultures and creates in a multicultural nexus, manifested in an English language she makes her own.   She writes about the poem below, 'Here's a poem first selected for Black Mail Press called How many mothers? Alert to ancestral imaginings. And imaginings is all there is…'

And with banjo shovels her sands

But the fire in her kitchen keeps burning

Crossing the creek to collect puha 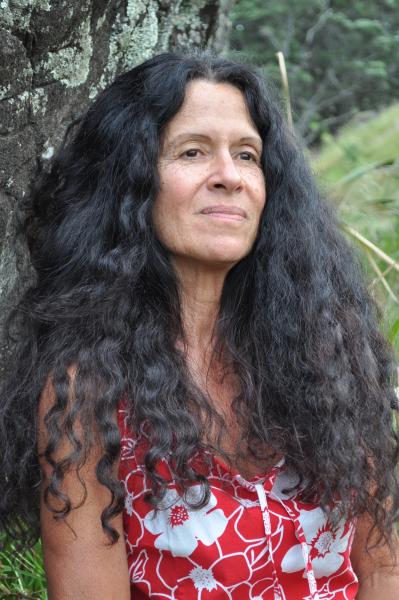 A haggis in the grease-stained kitchen

and a Nor’easter fit to blind sheep

She conducts the daily food rituals

Tapping across linoleum another year

Past phosphorus and slingshots

Past rendering to desert lands

Past tie-dye and barefoot

Pregnant and not up north this time

And why not a further poem by Reihana - again, from a modern-day Māori woman in a country still very much coming to terms with its past and still  nowhere near close enough to considering current trends, all of which will quite radically alter future poetic gambits. 'Iwi rules (poem for two voices) a kind of Māori question poem written not just because my identikit picture absorbs what it is to be Māori, but what it is to be human', as she states herself.

Iwi rules (poem for two voices)
Who gets a seat at the table eh?

Who gets to sit outside?

Who smokes the pipe of peace?

Who smokes and slowly dies?

Who is ripe for the plucking?

Who will be signing the next contract?

Who is to say yes and no?

And a slave only knows only how to behave

We had such a short time to learn how

Grace Taylor (below) is a particularly busy performance-poet. Of Samoan heritage - hear her on 'being Afakasi' in the previous link, as well as  English and Japanese - Grace is well to the front of recent developments in New Zealand performance poetry viz poetry slams, especially for young people. Indeed, she has been an originator of two significant poetry groups, as below, and as taken from the respective web blurbs, for as she told me, these blurbs serve just as well as her own words!  'I was going to write my blurb, but...' 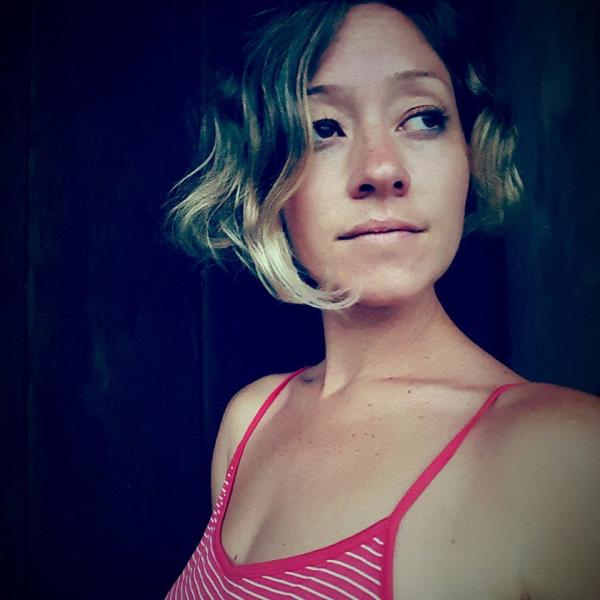 Founded in 2011 Rising Voices is the first youth poetry slam in New Zealand. ..To inspire young people to engage and participate in literature through spoken word poetry as a relevant Art form in Aotearoa. This project engages participants 16 to 24 years of age... This programme is a 7 week workshop series cumulating in a regional slams in both Auckland and Christchurch:  the poets competing in the slam will journey together through participating in 7 weeks of writing and performance workshops to develop and prepare them for the stage with established spoken word poets from their local region.  They then compete in their regional poetry slam, with the top 3 from Christchurch joining the top 9 from Auckland compete in the grand Slam at the Auckland Town hall. The workshops are compulsory…Workshops are also available to those that are not competing in the slam, so artistic development is open to a total group of 25 people per city.

Rising Voices was birthed by the collaborated inspiration of poets and 'retired slammers' Grace Taylor and Jai MacDonald in 2011 who saw desperate call for Poetry Slam that catered for young poets outside of the pubs and bars in a public arena that was accessible and massive...Five years in its running, with support of CNZ and Auckland Live, approx. 80 poets between the ages of 16 - 24 years old have engaged with the entire Rising Voices programme (workshops & slams).  Most of these poets have gone on to continue performing, paid opportunities, facilitate workshops, establish open mics and collectives in their communities and go on to develop their own poetry shows.

The South Auckland Poets Collective was first established in 2008 by co-founders Grace Taylor, Ramon Narayan and Daren Kamali as part of an initiative under Youthline Charitable Trust. Although we now sit under the charitable trust Action Education one of the values still held by this collective is to use spoken word poetry as a tool for positive social change with a focus on young people.

Since 2008 the group has continued to grow in numbers and in influence. In 2012, the South Auckland Poets Collective welcomed new poets into the group, which brings the total number of poets to 10. Within this collective are national and international poetry slam finalists and champions. In addition, some are published poets. These 10 voices are seasoned with an eclectic array of stories, experiences and personal truths. Their performance styles differ from one poet to the next, which will leave audience members artistically and soulfully satisfied.

Let me finish this Coda with a recent poem by Grace Taylor. Sort of sums up everything pretty well, eh:

Storm of a Woman

as the gods throw stones

at her empty bucket

She presses her feet

deep into the bloody grass,

soaking up crosses of fallen men.

a storm of a woman.

Coda of a Coda:

My own initiated and co-edited book Why English? Confronting the Hydra (Multilingual Matters, England) is due out June 15, 2016 and is of some relevance here, it being a follow-up to English Language as Hydra (MLM, 2012.) It is a direct call for Indigenous/indigenous peoples to be able to ascertain and action what languages they want, away from the arbitrary, imposed-from-above dictate that English language be prioritized, taught, enforced, examined, administered; while demanding that the profits from the multifarious TOEFL, IELTS, NET schemes etcetera, in their respective communities, do not go offshore to Western profiteers from the English language craze.

What is the relevance of the book, to this commentary post, where all three ladies write in some form of English language and where Ivy, for example, notes that,  'I have had a largely Australian/Westernised education, and very little of that had any insights into Asian/Philippine literature' .?

Simply this. That English language be a poet's own chosen form, in whatever fashion they wish to utilise it and question it - just as Ivy has in her two poems represented here and as Grace performs through, in her own sui generis fashion; while Reihana code-switches away from the anglicized base. Not as an imposed and mythical lingua franca that New Zealand poets must utilise and then utilise in certain 'accepted' ways, forms, manner and at the same time write only about certain 'accepted' topos. Writing back to the centre, indeed.

That is, if English language even be used at all, in our poetry...Why not New Zealand Tagalog poetry? NZ Mandarin poetry? NZ Tongan poetry?

The future of Aotearoa New Zealand poetry, then, is exciting, shackle-shattering and segueing quickly into a whole new zeitgeist. Alvarez, Robinson, Taylor - among others, of course - are the future here now.