'These questions are sometimes mind-bending'

Not long ago, Susan M. Schultz stood reading poetry before a class of undergraduate psychology majors, who just minutes ago were reviewing episodic memory with their dynamic Memory and the Mind professor, Erica Kleinknect. The students seemed to quickly engage this creative approach to the ideas they were studying. After Schultz read, one young man asked a follow-up question about George Oppen (Schultz had alluded to Oppen earlier). I think he asked about whether traces of Oppen's dementia showed up in his late poetry. A discussion about George Oppen! And in a psychology class! Lovely.

Collaboration and the Artist's Book

Laphroaig - Lagavulin - Margarita
Charles Bernstein and Josef Straub
Sunday, May 16, 2010, 3:00 PM
Sculpture Center, Queens
curated by Jay Sanders
excerpt from reading
for Emma, on her birthday: "In the Middle of the Way," "Be Drunken," "All the Whiskey in Heaven", followed by reading of Joseph Straub: YouTube: from Umbra "In the Middle of the Way," (Drummond), "Be Drunken" (Baudelaire); and"All the Whiskey in Heaven"

In between the fold

Might the book be the grounds for a poetic event, an event that not only extends outside of its pages, but an event that exists, or is folded, between the book object and another medium, space, action, technological interface? Might we then say that the poetry being written is neither in the book, nor in that other space, but in the fold between? “Folding-unfolding no longer simply means tension-release, contraction-dilation, but enveloping-developing, involution-evolution.” (Gilles Deleuze, The Fold: Leibniz and the Baroque) 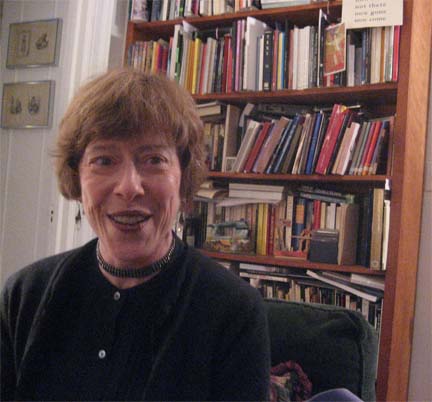