I wrote the preface to a volume of poems inspired by the life and work of Wallace Stevens, edited by Dennis Barone and James Finnegan. Visiting Wallace has just been published and here is a PDF copy of that preface.

Not long ago I reread John Hollander’s short piece on Wallace Stevens for the magazine of the Academy of American Poets. Hollander’s Stevens is culturally conservative — a conservator of “our cardinal nobilities,” etc. In essayistically surveying the uses of Stevens after 1975 about a year ago, I wrote a few paragraphs in protest against such a view. I won’t quote or summarize that protest here, but I will provide a link to a PDF of the Hollander piece. 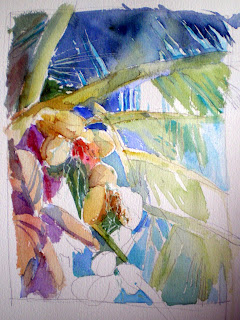 Regular readers of this blog will know that I tend to follow the contemporary uses of Wallace Stevens. Most of this is of course trivial and/or incidental. 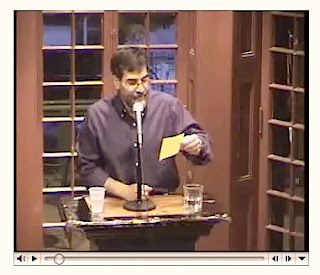 Each January, at our "Mind of Winter" event, I lead a communal interpretation of Wallace Stevens's "The Snow Man." This year we caught it on video, and here it is. 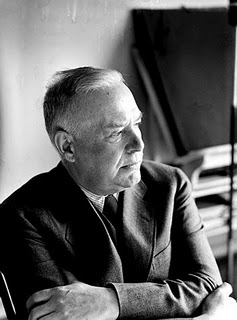 The revolutionist stops for orangeade 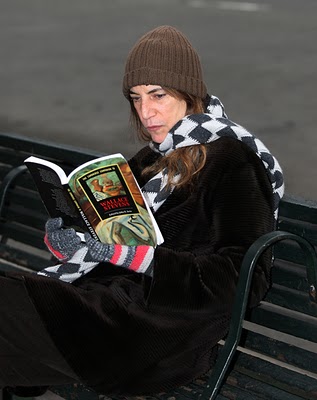 I've got an essay in that collection, right around where Patti has the book opened. I like to think she's reading me.

'Modernism from right to left'

Below is an excerpt from a review Michael Coyle (author of Ezra Pound, Popular Genres, and the Discourse of Culture) wrote several years ago about my book Modernism from Right to Left. 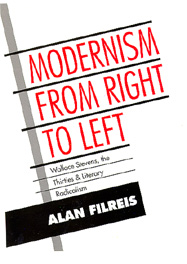 Below is an excerpt from a review Michael Coyle (author of

In 1986 Beverly Coyle and I co-edited the complete correspondence of Wallace Stevens and the Cuban editor-poet-impresario, Jose Rodriguez Feo — published by Duke.