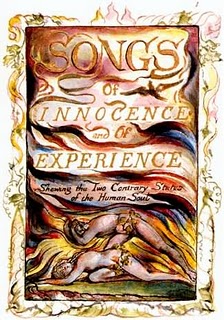 Joined this time by Rachel Blau DuPlessis, the PoemTalkers wasted no time grappling with George Oppen's grappling with the real. The rock of the island he's visiting - its locatedness to be cherished - "outlived the classicists." Is this anti-academic? Yes, we agreed. On an island in Maine, he meets a lobsterman and his wife and finds them super-articulate and at the same time admirably, wonderfully halting in their speech (like Oppen himself here). Oppen: "Difficult to know what one means." The lobsterman's wife: "I don't know how to say." We are all in this real together. Jessica was just back from Vegas, Linh from Iceland, Rachel from teaching a class on the other side of town. Which instruments - archaic and etymologically historical or local, broken-toothed and ready-at-hand - are the tools that will help us understand where exactly we are? "Geo-positioning" seemed to be the word of the day.

No place for little lyric (PoemTalk #2)

When Adrienne Rich wrote the poem "Wait" she and many Americans and others were awaiting the start of what seemed an inevitable war in Iraq, in March 2003. The PoemTalk crew - Jessica Lowenthal, Linh Dinh, Randall Couch and your convener-host Al Filreis - couldn't wait (as it were) to get going on this terrestrial poem. Is it a personal is political poem? The soldier, after all, looks at his or her wedding ring and thinks about why s/he wasn't told...but not told what? Is it a make love, not war poem? Is it a political poem at all? The Iraqi desert is "no place for the little lyric." The gang variously wonders if the poem had something large to contend about lyric's talent for reminding us of reasons why war is inhuman? Randall thinks it isn't much of a war (or antiwar) poem; its strengths diminish as it gets more clearly into its political subject; in the end it closes off "with a click." Linh prefers a less formalistic approach. Jessica and Al riff on the 1930s-style "hobos in a breadline" genre: its reputation for conservative form carrying radical content. Is this a formally conservative poem? If so, there's an irony, for sure. The PoemTalkers can only agree that such a question is open, making the poem all the more interesting (and in that sense it's a meta-poem, a poem about the problems of political poems).

PennSound's collection of Rich recordings offers downloadable mp3's of three reading, including her 2005 performance at the Kelly Writers House, where she read a bit from The School among the Ruins: Poems 2000-2004, including "Wait". She also gave a 32-second introduction to our poem.

PoemTalk #2 was recorded in Studio 111 at the Center for Programs in Contemporary Writing, produced by Al Filreis and Mark Lindsay. Steve McLaughlin was our sound editor and we had help from that talented soundhead, Curtis Fox. We're grateful to Adrienne Rich who agreed, when she visited in '05, to recite "Wait," a favorite of the Writers House-affiliated students. 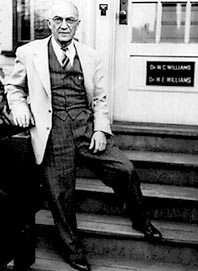