'The Liberty of Horrors'

On Marie Buck's 'Portrait of Doom'

In a year when the politics of contemporary experimental poetry have come under renewed scrutiny (to put it mildly), Marie Buck’s new book, Portrait of Doom (Krupskaya, 2015), is timely. It’s a meditation on our contemporary political economic situation that refuses the temptation of leftist sigils, Invisible-Committee-light jargon, and ironized hysterics. Instead Buck roots her poems in a more elusive and spectral discourse that better captures the alienation, strangeness, and complexity of actual life within the folds of a collapsing neoliberal world order.

Kevin Davies on political poetry: "I'm reminded of Ed Dorn saying something like 'You're handing me this piece of paper and telling me it's political? It's about as political as a gopher hole.' I'm totally agnostic about the ability of unpopular verse to effect change in the political world. I just don't believe it. I don't think for a second, oh, here I am striking a blow against capital. Political change is not made by the choices that we're making in verse. We're doing this so that certain possibilities can exist in the world. So that works of art can exist, temporarily, and they'll certainly bear traces of our political vision because if they don't they're no good." 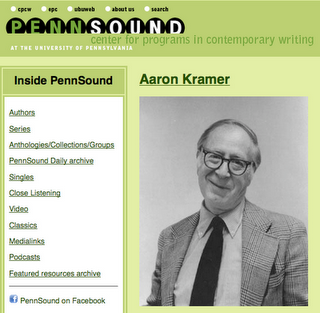