All through my first year at college, I listened to the LPs of the musicians who assembled at Woodstock 50 years ago, having bought the albums one by one on my frequent visits to Sam Goody’s Radio City store. (I recently gave the remainer of my LP collection, several overstuffed boxes, to Lawrence Kumpf of Blank Forms.)
I knew many of the songs of the Woodstock bands by heart and they were the sountrack for the anti-war/anti-racist demonstrations that led to my arrest at college in the Spring of 1969. (The arrest had brought me near to expulsion. I recently found a letter from my father to a dean pleading that I not be disciplined too severely, that I meant well, and that I would be angry if I knew he was writing the letter.) 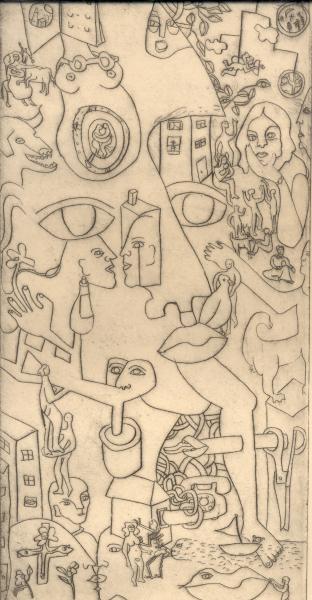 Susan and I bought advance tickets for the Woodstock music festival, a big expense for us at the time. We drove out to Bethel from New York, getting snarled up in the traffic jam as we approached. We ended up parking in deep mud in a field perhaps a mile from the festival. I had no idea how we would be able to get out of the space. (Such were the bourgeois concerns that overwhelmed me at the time.)
The area in front of the music stage was packed with people. From where we stood (sitting in the mud was no more appealing to me then than it would be now), it was impossible to see the faces of the musicians. The sound was considerably worse than from on my 1957 AM portable radio. There were long lines for the uninviting portable toilets and no apparent way to get water or food.
It was raining and we had come totally unprepared. City kids, we had never even gone camping. Large crowds of intoxicated people jammed into a small space has never been my idea of fun.
(I was never a hippy, as I have had to tell my children repeatedly, even if I sometimes looked, and seemed to act, like one.)
Susan and I agreed: let’s go home. We were able to find the car, no mean feat, and, with some trouble, got it out of the mud and on to the road, this time no traffic jam, returning to the apartment of a high school friend near 79th and Riverside Drive, where we staying in the summer of 1969.
I should have kept my Woodstock tickets. They are worth more than the refund I got from the promoters.
(Yes: I did apply for and received a refund.)
Back in the Upper West Side (“you don’t know how lucky you are boys”), I sat on the couch and listened, for the n’teenth time, to Country Joe and the Fish’s I-Feel-Like-I'm-Fixin'-to-Die.
In wraparound stereo sound.
They never sounded so good.