Embedded in the coterie journals, performances, exhibits, and spectacles that provided their contexts, Dada and Surrealist counter-maps were exemplary aesthetic documents, but their bold lettering, torqued scales, and attentiveness to contemporary events made them, at the same time, pedagogical and political.  In evoking the dynamics of nationalism, colonialism, and imperialism, Dada and Surrealist counter-maps worked to indict the attentive viewer.  Their effect, as Fredric Jameson put it in another context, was “to endow the individual subject with some new heightened sense of its place in the global system” (54).

An aesthetic of cognitive mapping — a pedagogical political culture which seeks to endow the individual subject with some new heightened sense of its place in the global system — will necessarily have to respect this now enormously complex representational dialectic and invent radically new forms in order to do it justice. (54)

In place of Freud, summoned to authorize Surrealist practices, Jameson’s “cognitive mapping” invokes not just Lacan and Althusser but two lesser-known American academics: one a cognitive psychologist, the other a city planner.  His privileged term foregrounds a concept that anchors two mid-twentieth-century documents: Edward C. Tolman’s “Cognitive Maps in Rats and Men,” published in The Psychological Review in 1948, and Kevin Lynch’s The Image of the City, published by MIT in 1960.  Tolman’s arguments — his “ratiocinations,” as he calls them (207)—demonstrate the construction of rudimentary field maps in the brains of rats trained to run a maze; Lynch’s study examines the construction of abstracted city plans in the brains of citizens navigating the streets of Boston, Jersey City, and Los Angeles.

For rats and city-dwellers alike, the stakes of mental mapping are practical—access to food, for one; access to urban rewards, for the other—but writing, respectively, at the close of World War II and the opening of the Cold War, both Tolman and Lynch push toward larger behavioral and sociological consequences.

For Tolman, a rat stuck in a maze is a dangerous rat: 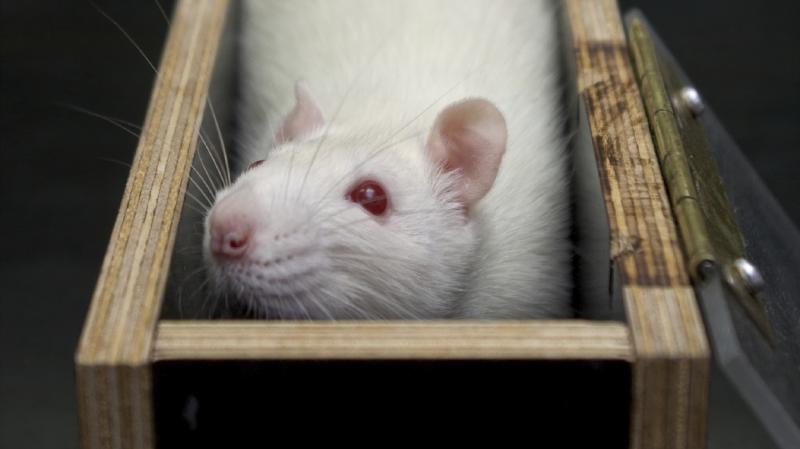 “[I]t is going to be my contention,” Tolman writes, “that some, at least, of the so-called 'psychological mechanisms' which the clinical psychologists and the other students of personality have uncovered as the devils underlying many of our individual and social maladjustments can be interpreted as narrowings of our cognitive maps due to too strong motivations or to too intense frustration” (207).  For Tolman, insufficient cognitive mapping—“strip mapping,” as he calls it — leads to “regression,” “fixation,” and systematic “displacement of aggression onto outgroups” (207), the dead end—the devil’s work — of World War II. 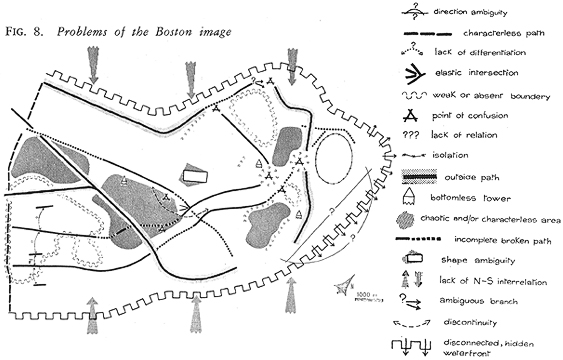 For Lynch as for Tolson, this failure of mapping is not just cognitive but moral and, in humans at least, aesthetic: it betrays, that is, an inability to grasp “a complicated pattern, continuous and whole, yet intricate and mobile,“ a reluctance to be “open-ended to change of function and meaning,” and a refusal to be “receptive to the formation of new imagery” (119).

Citing Lynch as his source of the term cognitive mapping, Jameson ups the ante from the local to the global, from the navigational to the philosophical, from the moral to the formal or aesthetic.  Like Tolson, Lynch was an empiricist who believed it was possible to create the conditions for a richly detailed, comprehensive, and above all accurate representation of the brick-and-mortar real, be it a maze or a city.  Drawing on a postmodern theory of representation, Jameson, by contrast, asks not for an accurate but for “a situational representation” (our italics, 51).  As Wood and his fellow critical cartographers would agree, for Jameson no map is an accurate map: to a greater or lesser extent, maps draw an ideological relationship between an individual subject and “that vaster and properly unrepresentable totality which is the ensemble of society’s structures as a whole” (51).

This turn puts Guy Debord and Asger Jorn’s Situationist maps at the heart of the lineage we trace through these commentaries.  The crux of a counter-map is not its representation of an actual, precise, or correct layout—the “real” maze, the “naked” city—but rather its representation of an imaginary relation to the complexities we inhabit.  Its tendentious, sometimes utopian, sometimes dystopian advocacy and its proliferation of new cartographic forms are possible because the moment it becomes clear “there can be no true maps,” Jameson says, “it also becomes clear that there can be . . . a dialectical advance, in the various historical moments of mapmaking” (52, our italics).

McKenzie Wark, one of the Situationists’ most discerning advocates, puts the counter-maps of Guy Debord and Asger Jorn at the leading edge of just such an advance.  “To abstract,” Wark explains, “is to construct a plane”—in this case, a spatial plane on a counter-map—“upon which otherwise different and unrelated matters may be brought into many possible relations.  To abstract,” Wark continues, “is to express the virtuality of nature, to make known some instance of its possibilities, to actualize a relation out of infinite relationality, to manifest the manifold” [008].  Debord and Jorn’s “The Naked City” (1957), the subject of the second half of this column, is one of the most compelling of the “radically new forms” the mid-century avant-garde imagined as a passage out of the impasses of World War II and its Cold War aftershock. 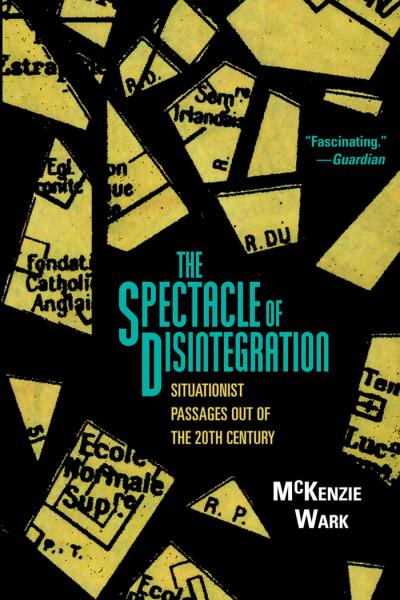