Our first post was from Peter Quartermain about the new Coach House edition of Robin Blaser’s The Holy Forest. 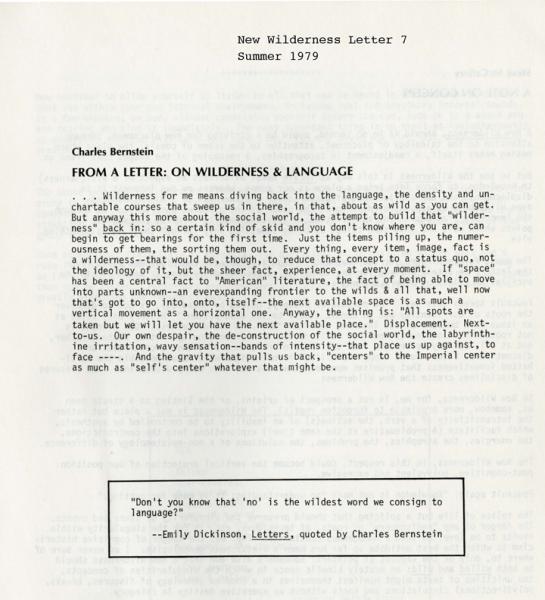 15 antiphonals: For Haroldo de Campos, as a new publication

[The antiphonals that follow have just been published – in time for my birthday (today) – as a small hand-stitched paperback by sine wave peak in Edinburgh.  The poems themselves were part of a commission from Francesco Conz, for work to be added to a series of large colored photo portraits of Haroldo de Campos. As my contribution to what was conceived as a group tribute, I took phrases & lines from English translations of Haroldo’s poetry & responded to them with loosely rhymed soundings of my own. I then handwrote the poems pair by pair onto a black left margin on each of the photographs. In the typographical version below, Haroldo’s words appear in italics, while mine are shown in roman type. For me at least, the resultant work has the feel of translation/transcreation – as still another instance of othering.  They appear in the new edition in a noticeably different format. (J.R.)]

Katie Price’s short essay on Rae Armantrout’s “Spin” is the second of five first readings of that poem we will publish in this new series. Jennifer Ashton’s was the first. The series page can be found here. — Brian Reed, Craig Dworkin, and Al Filreis