“Just the place to bury a crock of gold,” said Sebastian. “I should like to bury something precious in every place where I've been happy and then, when I was old and ugly and miserable, I could come back and dig it up and remember.”  — Evelyn Waugh, Brideshead Revisited

I wanted to draw out George Economou on the task of translating Cavafy as he was finishing up an extended project to be released, by coincidence, in the poet’s sesquicentennial year. I began by asking him to describe that project. (To conserve space, many of my subsequent questions are elided; they are implicit in George’s discursive responses.)

Economou: My current project consists of 162 poems, the 154 “Collected” or “Published” poems, seven poems from the group known as the “Unpublished” poems, and one poem from the “Repudiated Poems,” i.e., early poems that Cavafy withheld from publication. The title is Complete Plus, The Poems of C. P. Cavafy in English, to be published by Shearsman in early 2013.

In his 1961 introduction to Rae Dalven’s translations, W.H. Auden catalogued the poetic “conventions and devices” that Cavafy’s poetry fails to provide the English translator looking for equivalents: the imagery of metaphor and simile, a style or register of diction (English has “nothing comparable to the rivalry of demotic and purist” Greek, the mixture of which is the most characteristic aspect of Cavafy’s texture), ornament. Yet of the versions by several translators Auden had read, “every one of them was immediately recognizable as a poem by Cavafy; nobody else could have written it.” So what is it, he asks, that “survives translation and excites?” Auden’s answer was a tone of voice, one that “reveals a person with a unique perspective on the world.” Later, in his 2006 introduction to Aliki Barnstone’s translations, Gerald Stern amends this to a sensibility, a “tender humanism, a humanitas supreme.” Peter Bien had called it an attitude of “resignation,” understood not as despair but a kind of wisdom.

But there is one unfortunate difference between us [the British and the Greeks], one little difference. We Greeks have lost our capital – and the results are what you see. Pray, my dear Forster, oh pray, that you never lose your capital.  — C.P. Cavafy to E. M. Forster, 1918

The proliferation of English translations of Cavafy’s poems in recent years has been remarkable, notable even for the work of a poet to whom recognition came belatedly and international acclaim largely after his death in 1933. The first extensive selection, by George Valassopoulo—presumed to be the only one seen by Cavafy himself—remained unpublished until 2009. John Mavrogordato’s versions, preferred by Cavafy’s executor, appeared in 1951; Rae Dalven’s volume, introduced by W.H. Auden, came out in 1961. 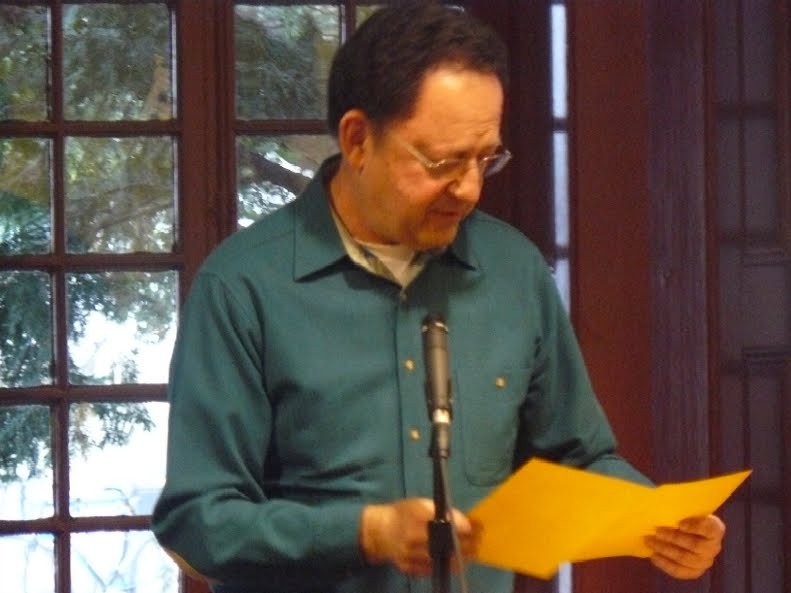 In 2009, at the University of Michigan, George Economou delivered a performance under the appropriate title, "The Least Ancient Greek Poet." He reads from Ananios of Kleitor and then talks about the process of writing it. We at PennSound are making this recording available today for the first time. George was born in 1934 in Great Falls, Montana, the son of two Greek immigrants. He is know for his early affiliations with Deep Image poets, and, to be sure, for his 41 years of teaching at the Brooklyn center for Long Island University. He was a founding editor of The Chelsea Review (1957–60) and co-founding editor of Trobar and Trobar Books (1960–64) with Robert Kelly. It was through Kelly, I'm guessing, that he met Jerome Rothenberg. We at the Writers House glad that George and Rochelle Owens moved to Philly some few years ago and that we see them often. George called this session "the least" but I like pondering the idea of George himself as the last of the ancient Greeks. Long live George!